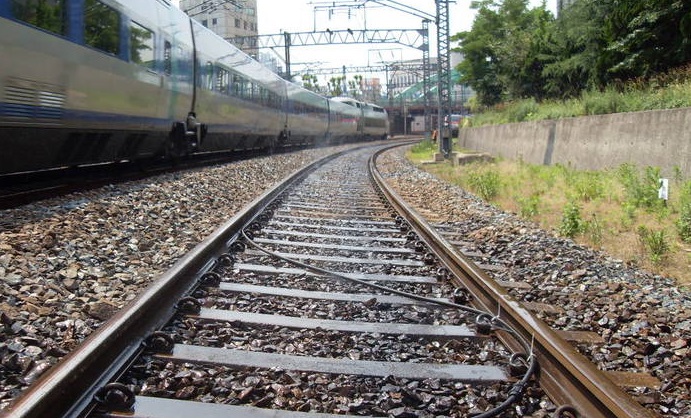 According to the Ministry of Land, Infrastructure and Transport and Korail, there have been numerous reports of high-speed trains operating slower than usual due to abnormally high rail temperatures.

A speed limit of 230 kilometers per hour was put in place after the temperature of rails rose above 55 degrees Celsius in the sectors between Cheonan Asan and Osong, Iksan and Jeongeup, and Gimcheon and Chilgok on June 24, July 12 and July 17, respectively.

According to an official at the Ministry of Land, Infrastructure and Transport, when temperatures go above 55 degrees, high-speed trains can be at risk because the rails can deform slightly.

“That is why the national railway operator puts a speed limit on the trains,” said the official.

In accordance with company regulations, trains operate normally when rail temperatures are below 55 degrees Celsius.

However, when temperatures rise to between 55 and 64 degrees, trains must slow down. If temperatures of reach 64 degrees and above, all train operations must be halted.