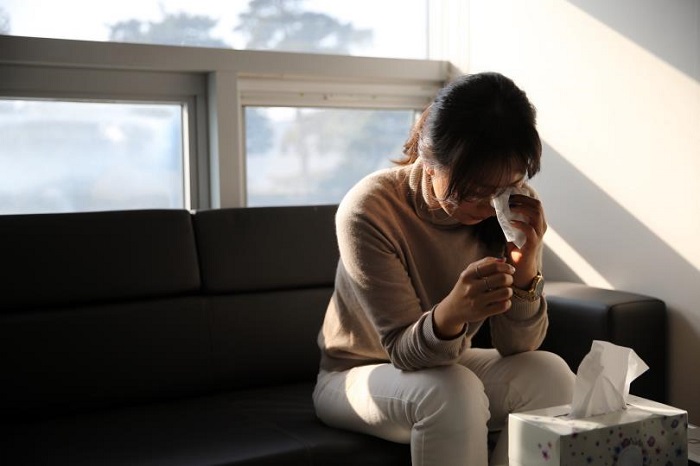 For married women, dissatisfaction within the family is a vicious circle. (image: Korea University Anam Hospital)

SEOUL, Jan. 29 (Korea Bizwire) — A research team led by Prof. Cho Chang-soo and Prof. Han Kyu-man from Korea University College of Medicine announced on Monday that it had classified 1,003 people out of 9,217 married couples who had no symptoms of depression at the time of the survey but showed signs of depression after the survey.

As a result, women who were subjected to violence or threats by their spouse were 1.96 times more likely to develop depression than women who did not experience physical violence.

Furthermore, women who experienced verbal abuse were 1.4 times more likely to develop depression than those who did not experience verbal abuse.

On the other hand, it was found that abusive language or physical violence did not affect men.

Based on the results, one can say that women are more vulnerable than men when it comes to violence and the risk of depression.

However, violence is not the only factor contributing to depression among women in a relationship.

The risk of depression increases with age, low education levels, low income levels, whether one is economically active, whether one has chronic disease, excessive drinking and dissatisfying family relationships.

In particular, it has been confirmed that women are more likely to experience verbal abuse when they are less satisfied with their relationship with their family which can lead to an increased risk of depression.

For married women, dissatisfaction within the family is a vicious circle.

It is important not to overlook the need for greater understanding and respect among family members and consider each other to solve the fundamental problem of the vicious circle.

Meanwhile, appropriate preparations or measures are needed during holidays as stress between family members increases.