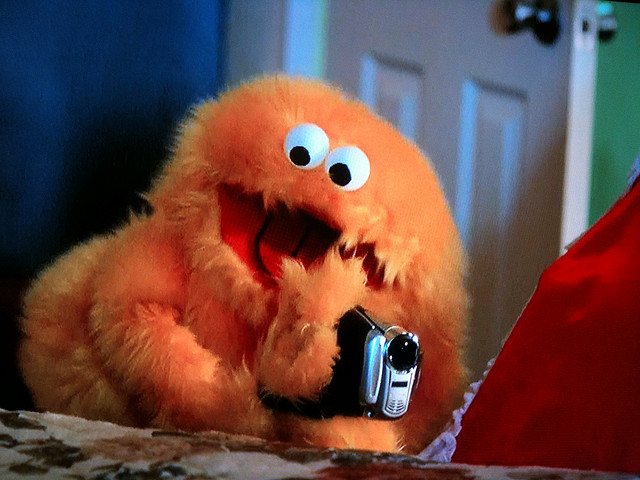 More and more companies are making alliances with video production companies to maximize the emerging trend. (image:davitydave at flickr)

SEOUL, Korea, Oct 31 (Korea Bizwire) – A YouTube commercial video of TicketMonster featuring Sam Hammington, a New Zealand-born Australian comedian and TV personality made famous by reality show Real Men in Korea, has logged in more than 1 million clicks since posting on October 27. Advertising execs said this is one of the funniest commercials ever made that combined Hammington’s hilarious-but-nonchalant manners with an unusual storyline of an ad within an ad. They expected the video would be a big plus for the social commerce operator’s bottom line for months to come.

Following social commerce, now “video commerce” has come to be considered the way to go for advertisers for its powerful impact on the viewer’s mind. According to a market report by eMarketer, a New York-based market research firm, the number of online shoppers who view videos put out for commercial purposes is increasing 40 percent a year. Video commerce is defined as video materials created to promote products and services of companies. For this reason, the range of video commerce application is widely varied.

One of the best video commercial applications is that for product display. For example, when an online user tries to find out more about a product, she can click on the picture of it. Then the next page will typically show more photos of the product with its specs, dimensions, and delivery information, and what not. From the viewpoint of the customer, however, this is not enough. To address this deficiency, online home shopping operators use more videos to supplement graphic and text information. Using videos for commercial purposes has been so successful that most online merchants reported it could save them a huge amount of cost from a drop in returns.

Korea’s major online shopping mall “11st” has begun providing video commercials, the first such attempt by an online open-market sales platform provider. Since July this year, the company has offered to its merchants to make free promotional video materials that would appear within the page on a given product. The service has attracted good responses from the merchants who said the videos were very effective for helping shoppers understand the product.

Online party supply store “Good Balloon” has also seen good effects from the use of videos, including those showing how to decorate your party venue with balloons and how to build an arch made of balloons. “Jachuljok.com,” the website specializing in bicycles for professional cyclists and hobbyists, earned trust of its customers by posting a video depicting the whole process of order placing to shipment. The company said it has become a major online bike shop with almost 5 billion won in annual sales thanks to the word-of-mouth reputation it has gained with loyal customers.

Video commerce is also actively used by fashion clothiers. “Meosidda,” the web store specializing in men’s wear, has posted videos on models wearing their clothes moving and walking so that shoppers could see how it would feel if they wear the item. In addition, the website provides a wealth of information on products including fabric type, color, and style.

In some other industries, companies are replacing conventional text-based press releases with video materials. According to Newswire, the press release aggregator, the number of press releases with a video in it has increased to 475 last year from only 27 in 2011. They make available videos on their leaders making new product launches or participating in a trade show or instructions on how to operate the product. Samsung Electronics and LG Electronics, for instance, published their press releases in video formats in CES 2013 held in Las Vegas early this year.

Every company small and large is realizing the unparalleled power of video
images on customers’ buying decision. The Vink video commerce platform, for example, allows users to revise text-based messages and images on the video any time. It can also offer tools such as log analysis by which clients can find out how many views were made on a given video at what time of the day through what channel (e.g., blog, bulletin board, or social networking site).

As the seller knows full well through what channels customers came in, it could come up with effective strategies to boost sales.(image: meosidda)

According to Real Logger Korea, an outdoor goods vendor on an open-market platform found that the sales revenue doubled after making available videos on how to assemble and disassemble its tent and other gear. As the seller knows full well through what channels customers came in, it could come up with effective strategies to boost sales.

A new trend of video commerce that came after social commerce and subscription commerce remains to be seen how big it will become. But one thing is clear now that it helps merchants a lot by improving confidence in products they sell while increasing traffic to their sites.