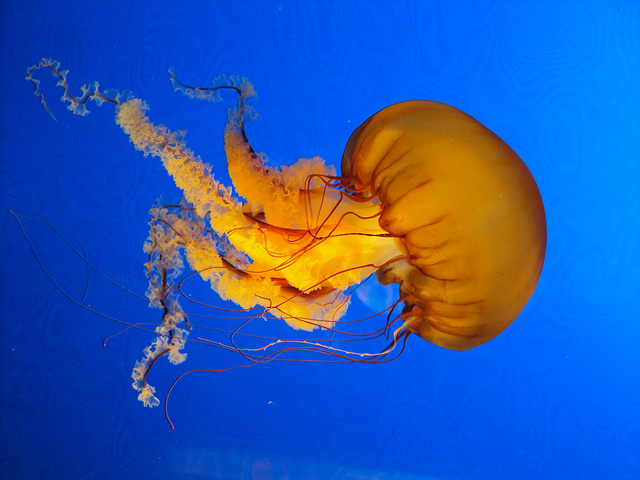 The patients stung by jellyfish are suffering from jellyfish poisoning whose poison consists of protein and peptide. (image: Will_89/flickr)

SEOUL, July 29 (Korea Bizwire) — As the temperatures of the surrounding seas of Korean peninsula is going up, the number of patients, mostly holidaymakers to the beaches, suffering from the stings of jellyfish, is rising.

An official at the insurance service said, “The rise of the patients comes from the stings of jellyfish during the summer vacations as the jellyfish come to the coast of the Korean peninsula, with its water temperature rising”

In fact, according to the Korea Hydrographic and Oceanographic Administration, the water temperature of the southern sea during the summer rose by a maximum of 3.9 degrees Celsius, compared with that of the average year.

The patients stung by jellyfish are suffering from jellyfish poisoning whose poison consists of protein and peptide. It can cause rubefaction in skin, breathing difficulty, dizziness, and chest pressure. Jellyfish sting their prey using cnidocysts and inject their poison into the skin.

A medical doctor said, “When stung by jellyfish, one should get out from the water, report to safeguards and clean the wounds with acetate acid or vinegar for detoxification. When other symptoms in the body occur, one must call 119 and get an emergency treatment.”