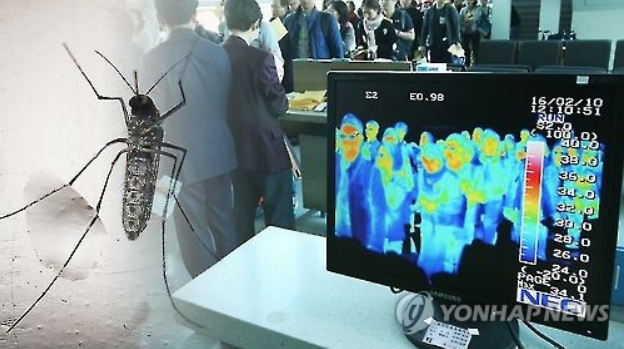 Zika virus disease (Zika) is a disease caused by the Zika virus, which is spread to people primarily through the bite of an infected Aedes species mosquito. The most common symptoms of Zika are fever, rash, joint pain, and conjunctivitis (red eyes). (image: Yonhap)

SEOUL, April 27 (Korea Bizwire) – Nearly 20 suspected cases of the ZIKA infection have been reported in South Korea over the past week but none have tested positive for the mosquito-borne virus, health authorities said Wednesday.

During the week-long period that started last Thursday, 18 suspected cases of ZIKA have been reported to the Centers for Disease Control and Prevention and of them, 13 have tested negative with five still under investigation, the center said.

Since the ZIKA virus was officially recognized as an infectious disease on Jan. 29 here, South Korea has reported 258 suspected cases of the virus, and out of them only one has been confirmed to be infected.

The virus was first discovered in Africa, and has spread to parts of Asia and Latin America. It is almost always not life threatening and only poses health concerns for pregnant women and their unborn babies, who may be born with abnormally small heads and improperly developed brains.