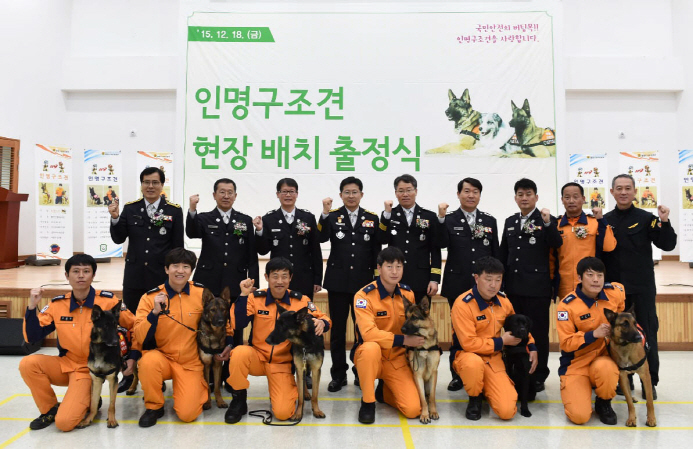 CHUNCHEON, Aug. 14 (Korea Bizwire) — In July, a man in his 70s was reported missing on a small mountain in Chuncheon, Gangwon Province.

Rescue workers were mobilized to help find the missing man, but the rugged terrain made the operation difficult.

Gangwon Province’s fire department then deployed John, a 7-year-old search and rescue dog, to help with the search. In just 30 minutes, John tracked down the missing man, who was found dead on site.

Gina, a 6-year-old search and rescue dog who belongs to the same squad, helped find a woman in her 60s who was reported lost after going into a mountainous area in Yangyang in search of wild herbs in April.

In less than three hours, Gina was able to locate the woman, who was also found dead. If the rescue dogs had not tracked down the lost persons, their bodies might never have been recovered.

There have also been instances where search and rescue dogs working for Gangwon Province were able to find survivors who went missing.

Four people in their 40s were reported lost on August 26 in Hwacheon-gun after going off in search of wild herbs.

Maru, a 6-year-old search and rescue dog, helped find all four men alive just 1 hour and 20 minutes into the search.

In total, search and rescue dogs John, Gina, and Maru were mobilized to work on 338 rescue cases over the past four years. They were able to help recover six corpses and locate 16 missing people.

Gangwon’s Fire Department was designated as the top local rescue agency in an audit of all search and rescue dogs in the nation this year.

The audit, which inspected areas of dog care, facilities and the animals’ living environments, was carried out at 10 fire departments in eight provinces and cities.