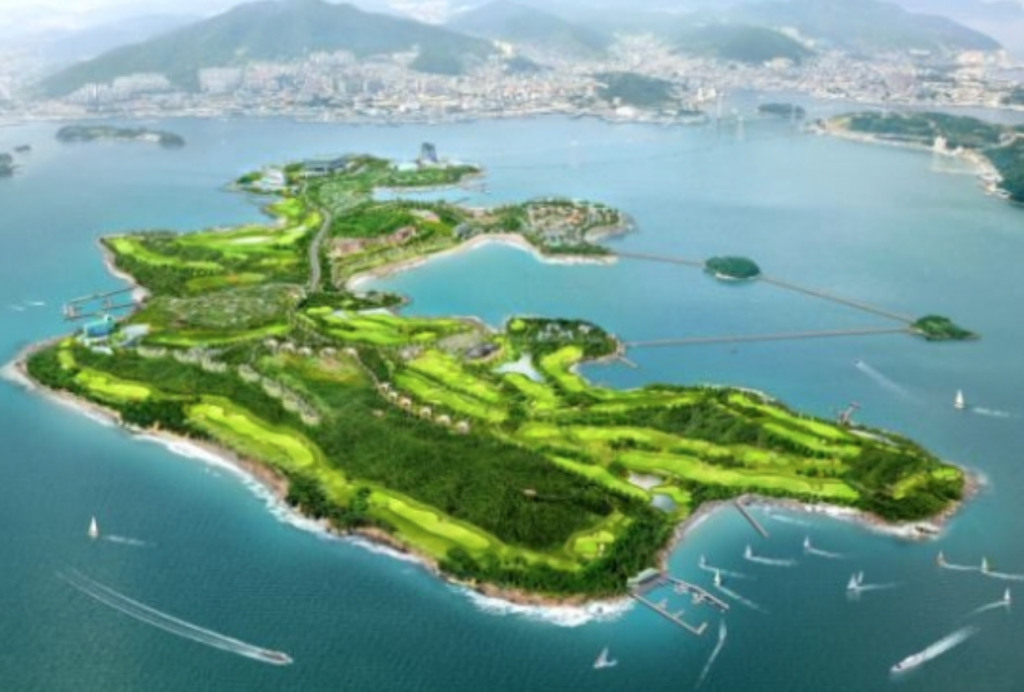 It has so far been revealed that Mirae Asset plans to build Asia’s finest ‘healing resort’, which will hopefully establish the foundation for future development of the region into a major marine tourism cluster. (image: Mirae Asset)

YEOSU, Aug. 11 (Korea Bizwire) – Korea’s leading financial services group, Mirae Asset Group, has formed a consortium with Britain’s Castlepines Corporation, an international equity fund, to invest 1 trillion won ($911 billion) to acquiring Gyeongdo Island, off the coast of Yeosu, and develop it into a next generation tourism hub in Korea.

In this 70-30 investment (Mirae Asset – Castlepines), the consortium will first purchase the island and its current facilities, including a golf course and condominium complex, for 342.3 billion won. It will then invest the rest of the funds to redevelop the island over the next five years.

Anticipation is high for the residents of Yeosu and South Jeolla Province.

“We have high expectations for Mirae Asset, a global finance company,” said a tourist agency manager in Yeosu. “Gyeongdo Island is surrounded by the ocean and other smaller islands. Developing the region will definitely attract foreign travelers.”

It has so far been revealed that Mirae Asset plans to build Asia’s finest ‘healing resort’, which will hopefully establish the foundation for future development of the region into a major marine tourism cluster.

The consortium will establish an investment enterprise for foreigners before month’s end, and finalize all related contracts in coming weeks, including one with Jeonnam Development Corporation, a civil construction firm. And with Mirae’s stature as Korea’s largest finance group, the endeavor is expected to be successful.

In fact, it’s rumored that Mirae Asset President Park Hyeon-joo, who is from South Jeolla Province himself, has taken a keen interest in the project.

“Mr. Park’s resolute decision has made this investment possible,” said a provincial official. “He’s making swift moves to launch the business as soon as possible.”

Park’s fondness of his home province has been recognized for quite some time, with the company sponsoring professional golfers like Shin Jiyai and Kim Sei-young, who also hail from the area.

According to an industry source, Park recently expressed his will to create value and culture.

“By building the best resort facility in South Jeolla Province, I hope to contribute to creating a sophisticated culture for tourism, leisure, and repose,” said the source, quoting Park’s words.

“We’ve had many investors who showed interest in Gyeongdo Island in the past, but we always had our doubts,” said another provincial official. “But with Mirae Asset and its high credibility as an asset management firm, it’s worth looking forward to.”