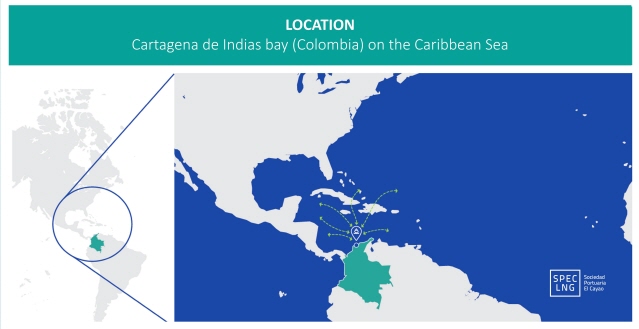 Commenting on the Joint Development Agreement, Jose Castro, General Manager of SPEC LNG, said, “Due to SPEC´s strategic location and capabilities, this collaborative agreement will enable us to play a key role in the development of the LNG industry in Latin America and the Caribbean, including small-scale LNG.

Commenting on the Joint Development Agreement, Alfredo Chamat, General Manager Calamari LNG S.A. E.S.P., said, “For Calamari LNG is a pleasure to be part of this Joint Agreement with important players of the LNG market. Cartagena provides the best access to the Caribbean for which we expect to attend all arkets that have requirements for small scale LNG.”

Commenting on the Joint Development Agreement, Sveinung Stohle, CEO and President of Höegh LNG and Board Member of Avenir, said “I am very pleased with this agreement as it confirms Höegh LNG’s strategy to leverage its FSRU platform to offer jointly with its customers and Avenir additional revenue generating services to the LNG market.”