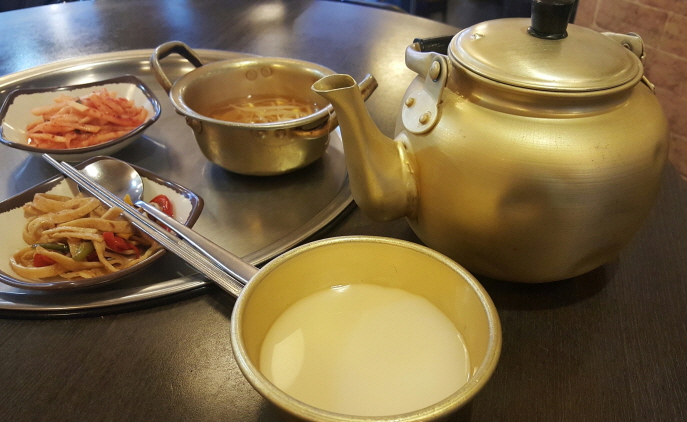 SEOUL, Dec. 31 (Korea Bizwire) — A recent study has showed that lactic acid bacteria contained in “makgeolli,” a South Korean traditional grain-based alcoholic drink, is capable of fighting off bacteria that cause food poisoning.

The Gyeonggi-do Institute of Health and Environment conducted a study from January to November collecting 85 strains of lactic acid bacteria from 10 commercialized brands of makgeolli, including five products made in Gyeonggi Province.

The study revealed that 14 of the strains had antioxidant capabilities to take down reactive oxygen species, known to cause cancer and aging.

The antioxidant effect from these strains was 60 percent stronger than other groups without the strains, which is stronger than 500ppm of vitamin C (43.8 percent).

In a study on how lactic acid bacteria bolsters the activities of alcohol dehydrogenase that catalyzes the oxidation of a variety of alcohols, and aldehyde dehydrogenase that breaks down acetaldehyde, a substance known to cause hangovers, all of the 14 strains were effective by more than 200 percent.

These strains demonstrated effectiveness of a maximum of 280 percent when breaking down acetaldehyde.

The study measured the level of oxidation among the 14 strains using a disk diffusion method, which showed that the strains were more effective than antibiotics in the oxidation of bacillus cereus, a bacteria that causes food poisoning.

Three of the strains were twice as effective as ampicillin, a medicine used to treat bacterial food poisoning, two of which are contained in the makgeolli products made in Gyeonggi Province.

“Lactic acid bacteria contained in makgeolli can strengthen the immune system and prevent aging as well as cancer,” said Yun Mi-hae, head of the Gyeonggi-do Institute of Health Environment.