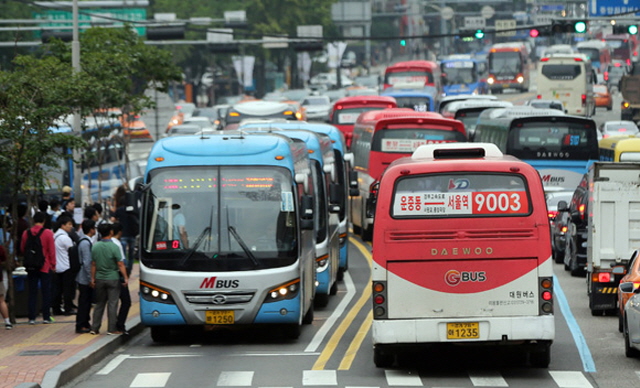 SEOUL, Jun. 20 (Korea Bizwire) — Companies in the bus and other industries, obliged by labor law to implement the 52-hour workweek rule next month, will be given a three-month grace period under a government decision to allow them more time to prepare for a steep reduction in working hours, the labor minister said Thursday.

The shorter workweek went into effect in July 2018 for companies with more than 300 employees but 21 industries, including regular-route bus services, broadcasting, advertising, education services and finance, were given a one-year grace period.

As July nears, Minister of Employment and Labor Lee Jae-kap announced his ministry’s decision to extend the grace period for the legislation’s implementation in the bus and other “unprepared” sectors by another three months.

In May, unionized drivers at about 200 bus companies nationwide threatened to walk out over income reductions expected from July under the shorter workweek before reaching last-minute wage hike deals with their management.

Minister Lee said in a meeting with ranking ministry officials that the enforcement of the 52-hour workweek rule will be delayed in bus and other companies until the end of September, as their hiring of new employees and work system reorganization will take considerable time.

Workplaces seeking to extend the statutory flextime under the 52-hour workweek system to minimize its side effects will also be given a grace period until the revision of the relevant labor law, the minister said.

He vowed to extend full support for companies with 50 to 299 employees that will be obliged to introduce the 52-hour workweek from next January.