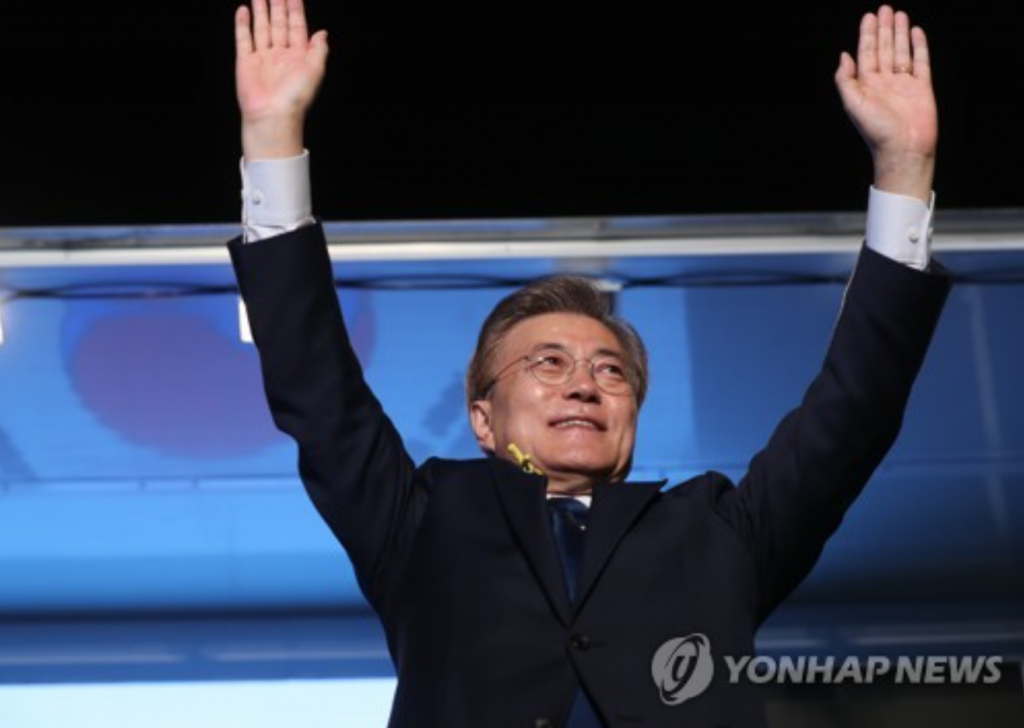 As President Moon formally took office, they asked his government to focus on supporting growth in Asia’s fourth-biggest economy by reviving domestic demand, raising the low birth rate and narrowing the gap between conglomerates and SMEs. (image: Yonhap)

In separate statements, the country’s five representative economic entities — The Korea Employers Federation (KEF), the Federation of Korean Industries (FKI), the Korea Chamber of Commerce and Industry (KCCI), the Korea International Trade Association (KITA) and the Korea Federation of SMEs (KBIZ) — urged the Moon Jae-in government to ease or abolish regulations, which will allow businesses to hire more people and make necessary investments, among other things.

The unemployment rate for young people aged between 15 and 29 stood at 11.3 percent in March, slightly down from 12.3 percent a month earlier. Instead of investing in facilities, companies have opted to put aside provisions amid low growth and uncertainties.

As President Moon formally took office, they asked his government to focus on supporting growth in Asia’s fourth-biggest economy by reviving domestic demand, raising the low birth rate and narrowing the gap between conglomerates and small and medium-sized enterprises (SMEs).

Under the Moon administration, the KCCI and KBIZ are widely expected to have a strong say over the FKI, which has long been the country’s most influential business lobby.

Unlike the FKI, which speaks for mainly large conglomerates, the KCCI represents 170,000 businessmen and KBIZ works for the interests of SMEs.

President Moon said last month during his campaign, “The era of the FKI is gone. It is no longer qualified to represent businesses and has no cause to represent them.”

In March, the FKI came up with a set of “drastic” reform measures to transform itself into a transparent, consensus-seeking and research-focused entity after chief executives of its member companies turned out to be part of the massive corruption scandal that led to the impeachment of former President Park Geun-hye.

Chief executives of the FKI’s member conglomerates such as Samsung, Lotte and SK Group were accused of being involved in the scandal surrounding the impeached Park. The unprecedented political scandal laid bare deep-seated ties between those in top political positions and business leaders.

Some activist groups even called for the disbandment of the 56-year-old lobby group despite reform measures which include a 40 percent reduction in its budget and workforce.