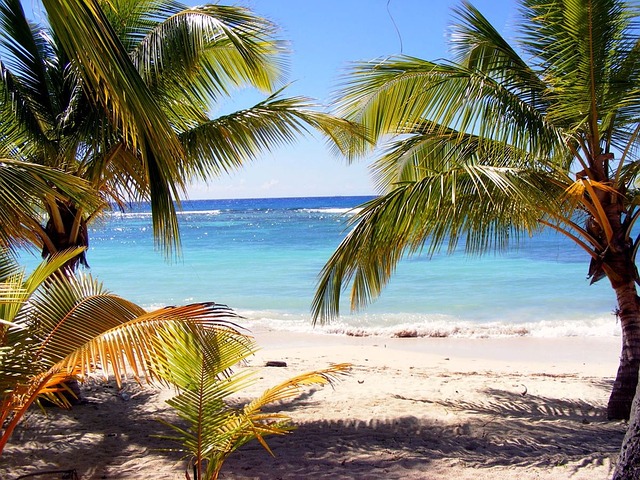 LONDON, March 11 (Korea Bizwire) — Caribbean nations are becoming investment hubs in the global arena, offering attractions such as safety, lucrative financial diversification options and of course idyllic lifestyles that make them desirable places to take up second citizenship. This is according to the World Citizenship Report (WCR), which ranked countries that provide citizenship by investment (CBI) options in the region in the top 30 per cent.

The new one-of-a-kind report was developed by CS Global Partners, the world’s leading government advisory and marketing firm. The WCR measures 187 countries against five motivators that are relevant amongst High Net-Worth Individuals (HNWIs). These motivators include Safety and Security, Economic Opportunity, Quality of Life, Global Mobility and Quality of Life.

The report considers data from the Global Peace Index (GPI) 2021 and World Governance Indicators (WGI) and scored the Caribbean region highly in the Safety and Security, Quality of Life and Global Mobility motivators.

The Caribbean is considered the cradle of investment immigration due to the high concentration of countries that offer CBI programmes in the region. These countries’ proximity in the WCR ranking reflects a sense of community and collaboration that characterises nations in the jurisdiction.

For example, all the Caribbean nations hosting CBI programmes are members of CARICOM, which is committed to promoting and supporting a unified Caribbean community that is inclusive, resilient, and competitive to share in economic, social, and cultural growth.

At its 33rd meeting, CARICOM members pledged to continue to be vigilant in managing the threats to sustainable development in the region. This included implementing initiatives that attract foreign direct investment, ensuring that the region is not perceived as high risk by investors, lobbying against the proposed global minimum corporation tax and continuing to build relations with the OECD and European Union.

The Chair of the Conference, the Prime Minister of Belize, the Honourable John Briceño, stated that the 33rd Inter-Sessional Meeting was a particularly consequential meeting which was taking place at a time when “unprecedented and existential challenges coincide with our citizens’ expectations for relief and prosperity.”

“We are contending with the worst economic recession in modern history and to foster our recovery, we need to rekindle the founding vision of CARICOM, both with respect to the scale of its ambition for integration, and the speed which was needed to achieve its consolidation. Our recovery should be aligned to a new regional agenda that is centred around creating prosperity for the people,” he continued.

In order to achieve this prosperity for the people, heads of government at CARICOM also agreed that the immediate and urgent implementation of the CARICOM Single Market and Economy or CSME was imperative for responding to the current developmental challenges and for building a more resilient region.

Another way that small island nations are ensuring their prosperity and sustainability is through CBI programmes. CBI is a well-documented and viable way for Caribbean nations to attract FDI into their economies which can then be used for significant developmental projects.

For example, the island nation of Dominica is constructing a geothermal plant that is expected to be operational by 2023 in partnership with the United Kingdom, the World Bank and Kenesjay Green LTD, a local green energy company. The plant will ensure that the country is powered by renewable energy, reducing energy costs and carbon emissions while simultaneously creating jobs.

In St Kitts and Nevis, the construction of the second cruise pier at Port Zante was financed via various local and international sources, of which US$5 million came from the country’s CBI. The pier has allowed St Kitts and Nevis to host the world’s largest cruise vessels, which has been particularly important for the tourism sector. The small but ambitious Caribbean country now has the marquee status of larger cruise destinations in the region.

The inflow of funds to the private sector have had a noticeable impact on the economic activity of island nations, in many instances improving fiscal outcomes, facilitating debt repayment, and spurring economic growth.

Research by the International Monetary Fund (IMF) found that CBI programmes are having a significant macroeconomic impact on these countries. From a country perspective, CBI contributed more than 30 per cent of GDP in St Kitts and Nevis in 2020. According to Les Khan, CBI Unit Head of St Kitts and Nevis, the Programme’s revenue was a “main driver” during lockdown when tourism was at an all-time low.

While in Dominica, the IMF noted that the “strong growth” in the construction sector was “financed with record-high CBI revenue of 30 per cent of GDP” in 2021.

In 2017, CBI accounted for 20 per cent of the GDP in Antigua and Barbuda – showing that inflows from CBI programmes are making a major difference in the performance of government of smaller countries.

Taking a deeper dive into some notable CBI programmes in the region, St Kitts and Nevis established their CBI Programme in 1984 and is the longest-running in the world.

Being the first of its kind, the Programme is also one of the most reputable and has become known as the ‘Platinum Standard’ brand in the industry. After over three decades, the twin-island nation continues to be a popular option for investors and their families due to its longevity and commitment to due diligence processes.

The country scored a respectable score of 66.8 points out of 100 in the overall rankings in the WCR, the highest of all the Caribbean CBI nations. It reached top marks in the Safety and Security, Quality of Life and Global Mobility motivators.

Dominica’s CBI Programme was launched in 1993 and has been ranked as the number one CBI initiative for five consecutive years in the CBI Index, published by the Financial Times’ Professional Wealth Management magazine. The nation is politically and economically stable, with a low crime rate and rich investment opportunities.

Known as the Nature Isle, Dominica placed in the 52nd spot, achieving high marks for Safety and Security, Quality of Life and Global Mobility motivators.