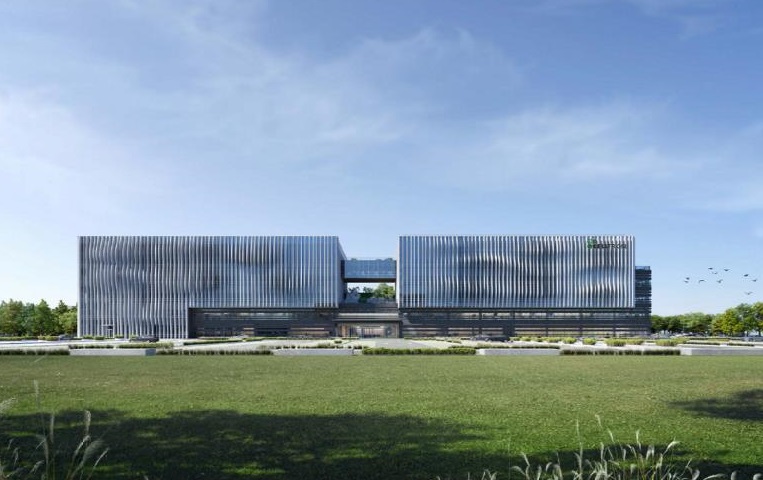 This photo, provided by Celltrion Inc., a leading pharmaceutical firm in South Korea, on Nov. 18, 2020, shows the company’s planned R&D center in Songdo.

SEOUL, Nov. 18 (Korea Bizwire) — Celltrion Inc., a leading pharmaceutical firm in South Korea, said Wednesday that it will build a third plant in the country in response to rising manufacturing demand.

The 500 billion-won (US$452 million) plant in the country’s biotech hub of Songdo, west of Seoul, will have a bioreactor capacity of 60,000 liters, the company said in a press release.

Along with the new plant, Celltion will also build a new large-sized research and development (R&D) center that carries out various clinical trials.

“Celltron will be able to preemptively deal with rising biopharmaceutical product demands globally by pushing forward the third plant and a global R&D center,” said a company official who asked not to be named.

Construction of the plant is expected to be completed in 2023, with the plant comprising 4,700 million square meters in total floor area, company officials said.

The factory is expected to newly hire 3,000 skilled workers, including 2,000 employees working in the R&D sector, Celltrion said.

With the third plant’s completion, Celltrion will secure a combined bioreactor capacity of 250,000 liters. 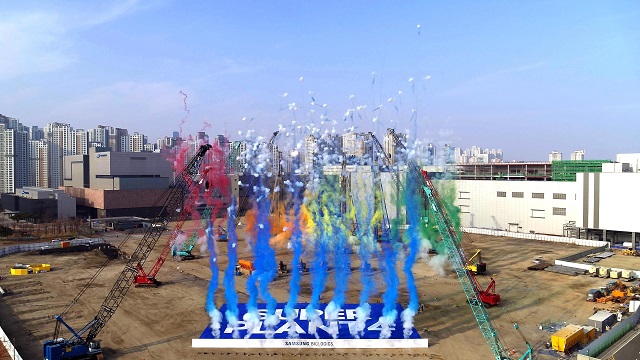 This photo, provided by Samsung Biologics, a biopharmaceutical unit of South Korea’s largest conglomerate Samsung Group, on Nov. 18, 2020, shows a ceremony to mark the beginning of construction of the company’s fourth plant in Songdo.

Celltrion also said it is preparing investment in the fourth plant in Songdo with a bioreactor capacity of 200,000 liters. The exact date and plan of the fourth plant has not been released.

With the fourth plant’s completion, Celltrion will secure a combined bioreactor capacity of 450,000 liters locally, according to the company.

Celltrion will secure an additional 150,000 bioreactor capacity with a planned overseas plant by 2030.

The 1.7 trillion-won plant in Songdo will have a bioreactor capacity of 256,000 liters, according to the company.

The total size of the investment is expected to be over 2 trillion won, more than the total amount invested in the company’s previous three plants combined.

With the fourth plant’s completion, Samsung Biologics will secure a combined bioreactor capacity of 620,000 liters, making it the largest contract manufacturing organization (CMO) facility at a single location in the world.