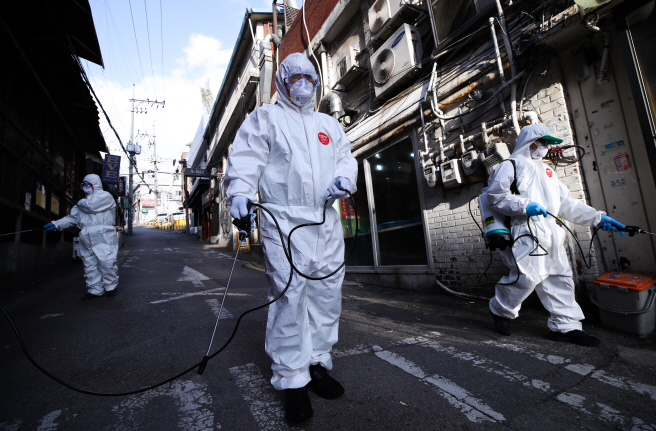 SEOUL, May 13 (Korea Bizwire) — In response to recent a recent spike in coronavirus cases tied to clubbers in the popular entertainment district of Itaewon, mobile carriers submitted lists of people who accessed mobile base stations near the clubs and bars on Tuesday.

The government has started to use the list to identify individuals whom it has been unable to contact.

The Seoul Metropolitan Government reported during a briefing on Tuesday that it had received a list of 10,905 people who had accessed a local base station near the Itaewon clubs.

How were mobile carriers able to use base stations to identify club visitors?

Public concern over another wave of coronavirus infections is rising as many confirmed cases from clubs in Itaewon were asymptomatic.

The Ministry of Health and Welfare’s Central Disaster Management Headquarters, in response, asked the nation’s three major mobile carriers — SK Telecom Co., KT Corp. and LG Uplus Corp. — to submit lists of people who had accessed local base stations near the Itaewon clubs.

The carriers created the lists using data collected from local 5G/LTE base stations near five clubs in Itaewon between April 24 and May 6 and delivered them to Seoul’s disease control department and the health ministry.

They are obliged to submit access data for individuals suspected of infection, such as names, phone numbers, and home address, in accordance with the Infectious Disease Control and Prevention Act.

There are multiple base stations around the Itaewon clubs. All phone calls from smartphones go through wireless base stations, and authorities have been using them to track down individuals.

When someone attempts to make a phone call with a mobile, the signal is sent to the nearest base station.

Smartphones constantly communicate with the nearest base station even when phone calls are not being made, so that they can receive incoming phone calls.

Mobile carriers are obliged to store all access logs from base stations for a designated amount of time, to use them as reference when dealing with a complaint, investigations, or disease control. 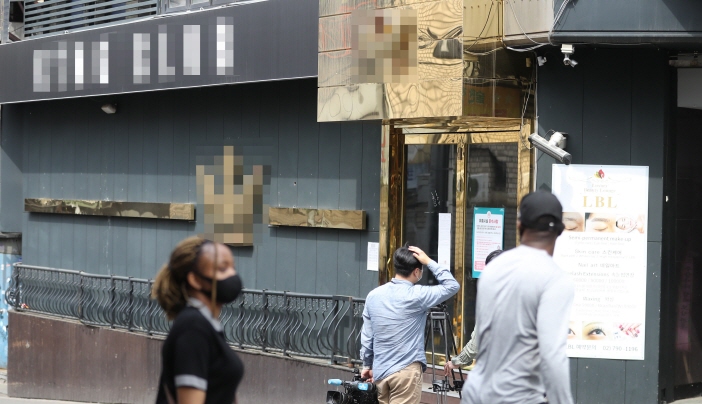 People walk past a dance club in the popular international district of Itaewon in Seoul on May 7, 2020. The club was shut down, as a man in his 20s who tested positive for COVID-19 visited the place on May 1. Some 500 people were reportedly there at that time. (Yonhap)

Collecting access data and submitting it to investigation or health authorities is done in accordance with relevant legislation.

The carriers collected access data from 17 base stations near the clubs and bars in Itaewon visited by confirmed patients.

While each wireless base station can cover a distance of 200 meters to 2 kilometers, individuals can be tracked down with considerable precision if multiple stations are concentrated in a certain location.

“Base stations in Itaewon can each cover only a couple hundred meters since it is a major urban area,” an official at a mobile carrier said. “The mobile carriers have identified individuals who stayed in the area for more than 30 minutes.”

“Data from local base stations set up inside buildings has also been delivered,” an official added.

In-building base stations are miniature-sized stations installed inside a building, which can offer clearer evidence that individuals have visited a certain club or building.

Mobile carriers submitted a list of smartphone users who stayed in the area for more than 30 minutes, excluding local residents and those who passed by in a car.

This is not the first time that mobile carriers have been required to turn in access logs of smartphone users to health authorities.

Authorities began to use privacy information, such as cellphones and credit card statements, in 2015, when the Middle East Respiratory Syndrome (MERS) hit the country.