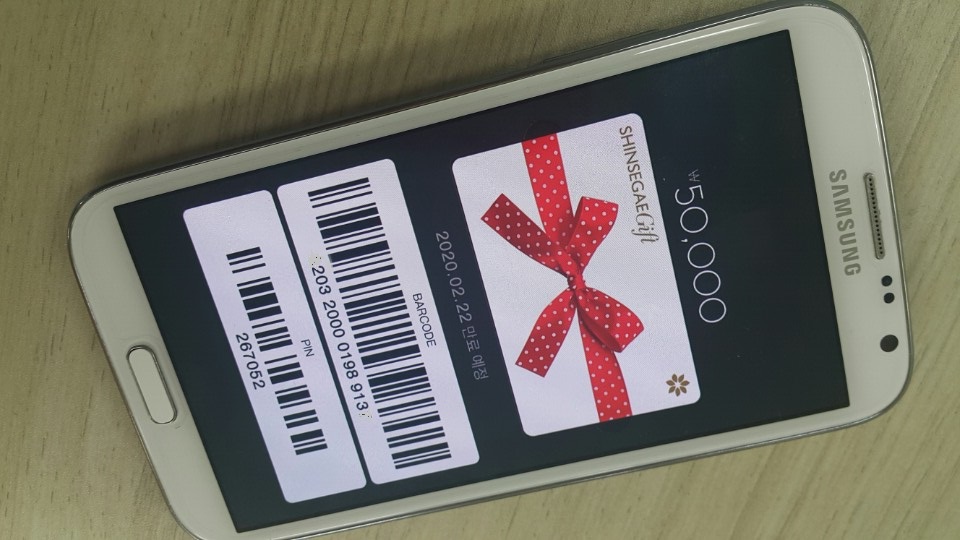 The Fair Trade Commission set up a new standardized provision for the use of new types of gift certificates such as mobile coupons, e-coupons and online coupons. (image: Kobiz Media/Korea Bizwire)

SEOUL, April 3 (Korea Bizwire) – A housewife surnamed Lee recently received a 50,000 won mobile gift coupon from her friend. She used it at a large supermarket, on a purchase totaling 49,100 won.

However, the supermarket refused to pay the 900 won in change, as it was not obliged to. Lee can use the remaining amount of the gift coupon at the supermarket or other designated shops, but she decided to give up the change as she felt that it was inconvenient to pull out her smartphone and show the coupon to the clerk for such a small amount.

However, with a recent policy change, she will now be able to receive her change, as the Fair Trade Commission set up a new standardized provision for the use of new types of gift certificates such as mobile coupons, e-coupons and online coupons.

The standardized provision requires retailers to disburse change if the owners of the new types of coupons use more than 60 percent of the certificate’s amount. However, for gift coupons less than 10,000 won, 80% should be used if the client wants to receive change.

In addition, the fair trade watchdog stipulated that holders of gift coupons must be refunded 90 percent of the amount even after the expiration date, for a period of up to five years after the date of issue. The refund will go to the final bearer.

According to the provision, gift coupons for specific items must be valid for at least six months, while coupons with a specific monetary value must have a validity period of at least 16 months. Coupon holders can ask the voucher issuers to extend the expiry date, up to a maximum of three months.

A trade commission officer said, “The standardized provision was prepared to protect the rights of the holders of gift coupons, as there was no such provision for new types of gift coupons. We will provide the new provision to the coupon issuers and supervise the implementation of the new rule.”