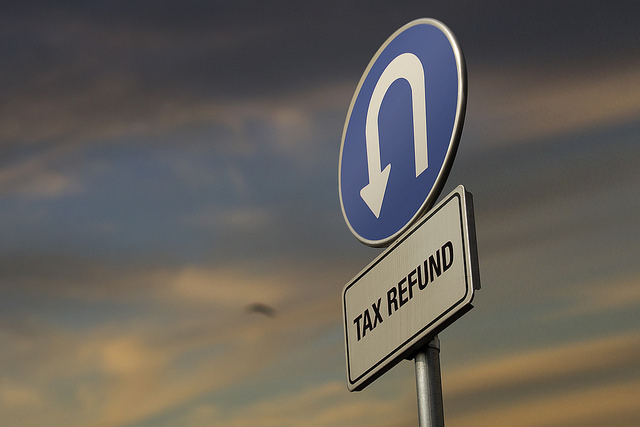 People are unhappy about the revision because of the working of “loss aversion.” (image: efile989/flickr)

SEOUL, May 12 (Korea Bizwire) – Due to a change in tax withholding practice by the tax authorities, most fixed-income earners are not getting as much tax return as before in exchange for lower withholding every month.

Although the end-of-the-year take-home income remains the exactly same as before, people feel they lost a lot from the tax code revision.

According to the Korea Development Institute that publishes a monthly economic journal “Nara Economy,” Prof. Kim Gwang-ho of the College of Economics & Finance, Hanyang University, argued in his article in the latest issue of the publication that people are unhappy about the revision because of the working of “loss aversion.”

He explained this by taking an example of someone who see his monthly earnings fall to 2 million won from 3 million won. In that case, the person feels acute pain, much more than the happiness he feels when he experiences his monthly income go up by 1 million won to 4 million won. This is called the principle of loss aversion by behavioral economists.

Prof. Kim said, “The rise in monthly income from a lower withholding amount may not be felt so intensely by the fixed-income earners as its absolute amount is small. In contrast, the reduction in tax return at the end of the year has become large, which causes them to grumble.”

According to mainstream economics accounts, any payments to make must be delayed as much as possible while any accounts receivable must be received as early as possible for the person to get a maximum amount of income. That’s because of the working of “discount rate of future cash flows.”

In reality, however, people tend to act in total opposition to the supposedly rational behavior. For example, they wish to do something unpleasant as quickly as possible, which often makes the discount rate a negative figure.

“The change in income streams due to adjustments in the end-of-the-year tax reporting has somehow taken away the joy of getting lump-sum income a month after the year’s end, making the unpleasant event come at the end instead of in the beginning,” he added.