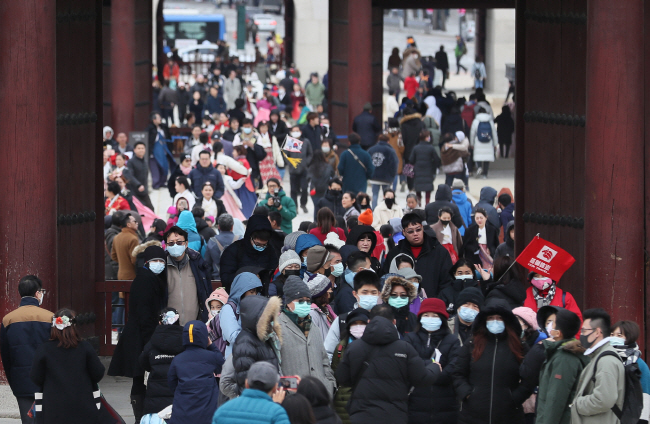 SEOUL, Jan. 28 (Korea Bizwire) — Despite enhanced quarantine efforts, concerns are rising here that the Wuhan coronavirus may spread across the country as some patients confirmed to be infected with the virus have not been adequately screened at airports and have been in contact with citizens here.

According to the Korea Centers for Disease Control and Prevention (KCDC) on Monday, a 55-year-old South Korean man who returned from the Chinese city of Wuhan on Jan. 20 tested positive for the new strain of virus, raising the number of confirmed cases here to the four.

The health agency said the total number of confirmed cases of the pneumonia-like sickness stood at four as of early Tuesday, unchanged from the day before, with none of the incidents being from person-to-person transmissions that took place in the country.

It also said that so far 97 people suspected of being infected with the new virus strain have been screened and released from isolation after results turned out negative.

The fourth patient arrived at the country’s main gateway, Incheon International Airport, via a direct flight (KE882) from Wuhan around 4:25 p.m. on Jan. 20.

The 55-year-old male had not shown any signs of illness upon entering the country and visited a local clinic a day later in Pyeongtaek in southern Gyeonggi Province when he showed signs of a simple cold.

The KCDC said the patient had mostly stayed at his home in the city, besides visiting the clinic.

He again visited the same clinic Saturday after complaining of more severe symptoms, such as muscle cramps and fever, prompting doctors to start actively monitoring the man.

The KCDC said it was only on Sunday the man was put in quarantine as his muscle cramps worsened and was diagnosed with the Wuhan coronavirus.

An epidemiological investigation showed that the patient had run into 172 people, with 95 of them being close contact.

The KCDC said it has also raised the country’s infectious disease alert level one notch to “orange,” the third highest, from “yellow.”

The third patient, a 54-year-old Korean man who also showed no signs of illness when he arrived from China last week, had been in contact with 74 people, although none have shown symptoms of the new type of coronavirus so far, adding to concerns it may spread across the country via “no-symptom” patients who have not been detected upon arrival in South Korea.

Experts noted the importance of citizens voluntarily reporting themselves to health authorities when they have possible symptoms.

Common signs of the coronavirus, thought to have originated in Wuhan, a central Chinese city of 11 million people, include fever, sore throat and breathing difficulties, with more acute cases bringing chills and muscle pain.

The KCDC said it has increased manpower to receive calls from people who have detected symptoms through the hotline “1339.”

South Korea has put the utmost effort into containing the spreading disease, including actively monitoring travelers at airports and considering evacuating its citizens from Wuhan.

The country said that it has started to check everyone who came from Wuhan in the past 14 days since Jan. 13 to make certain they have not been infected and to prevent people who do not show symptoms from inadvertently contaminating others.

At present, the number of people who flew in from Wuhan during this time period is tallied at 3,023, with Korean nationals making up 1,166.

All those in the country will be checked by regional governments and the Health Insurance Review and Assessment Service.

Related to growing fears, the government said that students and teachers who have been to China recently should not come to school for at least 14 days after their return. The guidelines apply to day care centers for smaller children.

The government then said it will start decontaminating and separating the trash of people in self-imposed quarantine to make certain ordinary people do not come into contact with it.

Special garbage bags and disinfectants will be provided to people who are staying at home and under monitoring, the environment ministry said. Trash placed in such bags will be picked up immediately for disposal.

The Wuhan coronavirus, first reported on Dec. 31, 2019, was originally believed to be passed to humans from animals but is now known to be transmissible from person to person, although victims may be contracting the virus by coming in contact with saliva and other bodily fluids rather than through airborne factors.

Beijing reported 106 deaths and 4,515 confirmed cases earlier in the day, with numbers expected to grow steadily.

Thailand and Hong Kong had the largest number of confirmed cases at eight each, with Germany becoming the second European country to have an infected person.