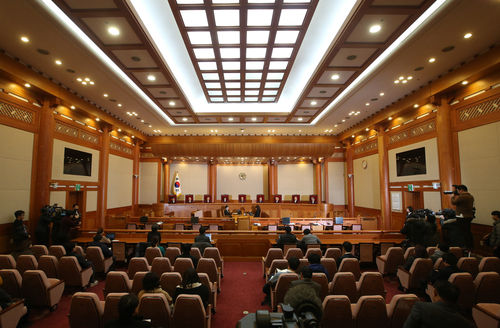 Following the decision of South Korea’s Constitutional Court to repeal an anti-adultery law on February 26, some are downright angry with the decision, while others are expressing concern.(image:Yonhap)

SEOUL, Feb. 27 (Korea Bizwire) – Following the decision of South Korea’s Constitutional Court to repeal an anti-adultery law on February 26, some are downright angry with the decision, while others are expressing concern.

Two Korean Confucianist organizations and a priest from the Catholic Bishops’ Conference of Korea (CBCK) shared their individual and organizational opinions on the matter with the public.

Jung Byeong-Ro, vice-president of one of Korea’s biggest Confucianist societies, said that he stands against the court’s ruling, as he believes that adultery gravely demoralizes society, concluding that states should have influence over privacy when it comes to infidelity. He even called the court’s decision “disastrous.”

Another Confucian organization, Sung Kyun Kwan, expressed a rather moderate opinion. A representative said that the organization does not stand on any side regarding the legal verdict, but just firmly on moral grounds forbidding extramarital affairs. The organization also said that the court’s decision could create an opportunity to lead marital ethics into people’s hearts by their own will, as there is no longer a legal force pushing them to do so.

Although the CBCK said that it does not take any official stance on the matter, a priest from the CBCK who also a vice head of the Catholic Pastoral Institute of Korea, said that he personally thinks the decision to repeal the law might be premature, as he believes Korean women are still more worried about their husbands’ cheating and not the other way around. He cited a survey result by the institute where 84 percent of Catholic respondents and 83.8 percent of non-Catholic respondents said that they stand for legally punishing adultery.