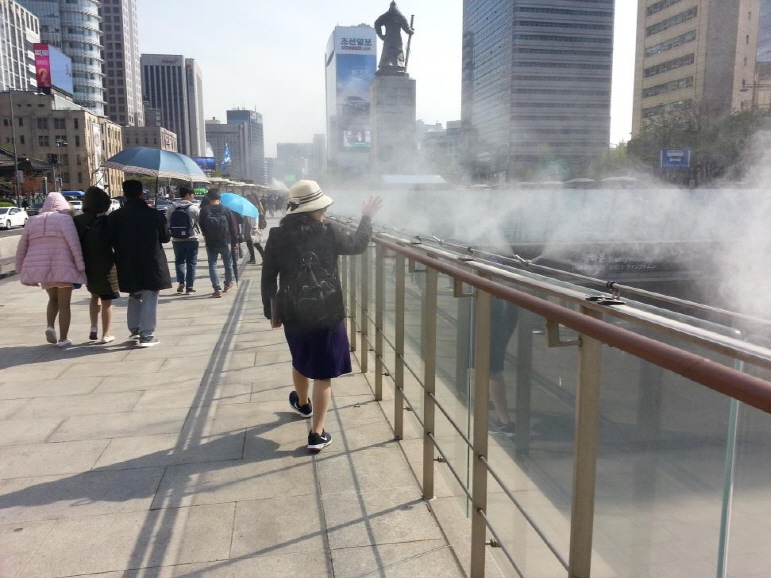 The Seoul Metropolitan Government announced yesterday that from June 1 to the end of August, a cooling fog system will be activated by the plaza’s 77-meter footpath.

The system will disperse tiny water particles from nozzles installed on the footpath’s handrails.

The cooling water sprayed into the air will help lower temperatures by 2 to 3 degrees Celsius. First installed last year in July, the cooling fog system was tested for a month last year.

Following last year’s successful run, the city has decided to operate the system all summer long this year, for a total of three months.

The cooling system will be turned on daily from 11 a.m. to 7 p.m., excluding rainy days and days when the temperature falls below 25 degrees Celsius or the humidity is above 70 percent.

The Korea Meteorological Administration forecasts this year’s summer temperatures to be similar or higher than average, with the latter half of the summer expected to be very sultry.