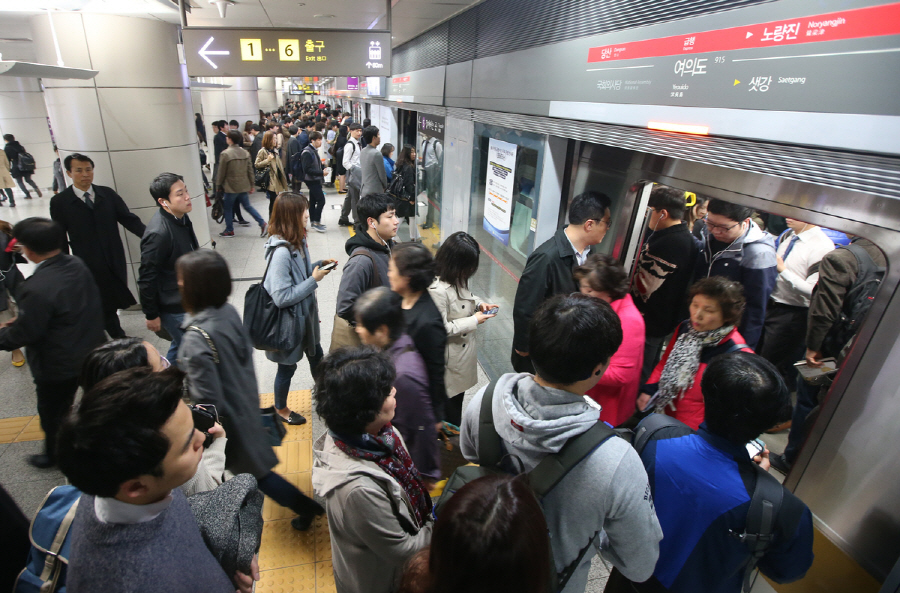 The survey of 420,000 long-term evolution (LTE) service subscribers in their 30 and 40s by KT Corp., South Korea’s second-largest mobile carrier, revealed they spent an average 89.4 minutes while going to and from their workplaces.

Seoul residents spent the most time, with 46.9 minutes commuting to work and 49 minutes coming back home, according to the big data collected from LTE signals.

Residents in Gyeonggi Province spent 43.4 minutes for commuting to work and 43.6 minutes for going back home.

The distance to work was the shortest for Seoul residents at 13.3 kilometers, while the comparable figures were 15.7 km for Incheon citizens and 16.7 km for those living in Gyeonggi Province.

The commuting time was the longest for those living in Gyeonggi Province and working in Seoul as they spent more than one hour each way coming to and from their jobs.