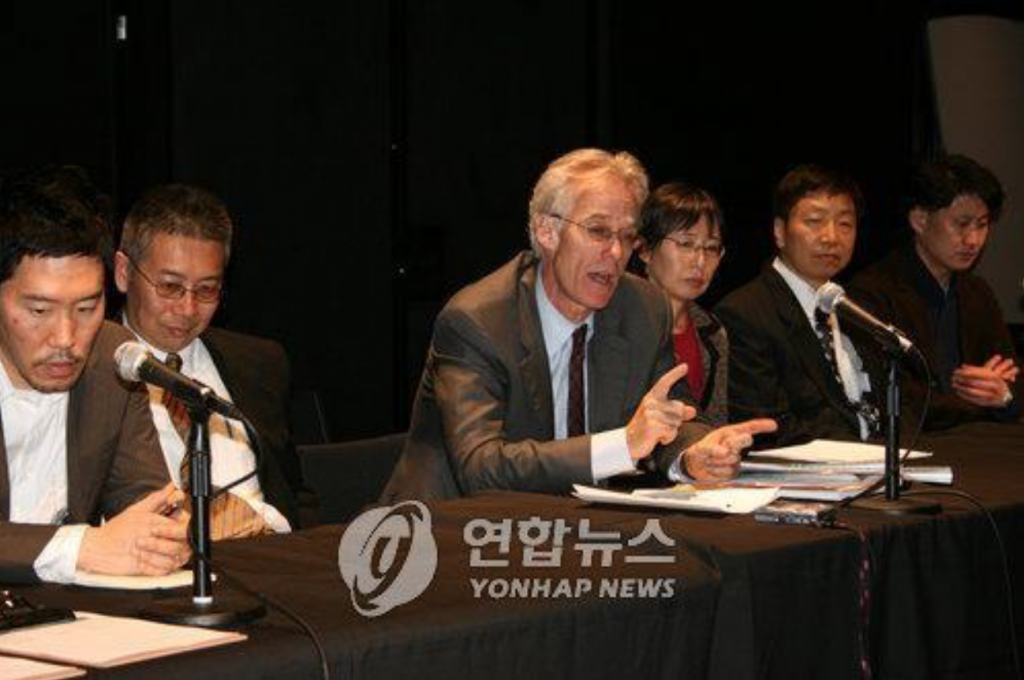 “If a crisis in being caused partly by these activities that are being generated offshore by the ministry of foreign affairs … labor exports and so forth, it’s possible the defections could actually accelerate the likelihood that this financial crisis scenario unfolds,” Haggard said.

SEOUL, Aug. 22 (Korea Bizwire) – Defection by North Korean diplomats who have access to foreign currency holdings would make it harder for North Korea to bring in money from abroad which can eventually hasten the communist regime’s collapse in the event of a financial crisis, a renowned U.S. scholar said Monday.

The analysis by Stephen Haggard, professor at the University of California San Diego, reflects the speculation of growing instability in North Korea, as seen by recent defections of North Korean overseas workers who had played a part in repatriating hard currency to the cash-strapped regime.

Last week, the South Korean government confirmed that a London-based senior North Korean diplomat defected to the South with his family, which can be viewed as another sign of cracks in the North’s ability to keep its key people in check.

Seoul did not confirm whether the diplomat, Thae Yong-ho, brought foreign currency with him, but news reports said his escape may have dealt a blow to North Korea’s overseas earnings because he reportedly may have had knowledge of the foreign exchange operations of the Kim Jong-un regime in Europe.

In April, a group of 13 North Korean employees working at a North Korean state-run restaurant in China defected to South Korea en mass, spawning speculations that the sanctions-squeezed North Korean elite were feeling the pinch of United Nations’ sanctions on the communist country and opting to bolt.

“Historically, I’ve never thought of the collapse of North Korea in terms of political collapse, but I believe in the scenario … with respect to the possibility of financial crisis,” the professor said in a seminar arranged by the East Asia Foundation in Seoul.

North Korea’s thinning foreign currency income, caused by UN-imposed trade bans and the shutdown of its inter-Korean Kaesong Industrial Complex, left the country vulnerable to the possibility of a “sudden” financial crisis that can lead to a subsequent regime collapse, he said.

Now, Pyongyang is left with labor export as an only option for foreign currency earnings, with North Korean diplomats put in charge of securing the foreign income needed to keep North Korea afloat, the expert indicated.

“If a crisis in being caused partly by these activities that are being generated offshore by the ministry of foreign affairs … labor exports and so forth, it’s possible the defections could actually accelerate the likelihood that this financial crisis scenario unfolds,” Haggard said.

“If someone walks away with 50 million dollars in South Korea, it’s nothing, but that’s a lot for North Korea,” he noted.

“So defections that are accompanied by cash outflows reduce the capacity of the regime to maintain loyalty internally,” the professor pointed out.

He then said that despite North Korea’s financial vulnerability, the country “mysteriously” maintains a stable foreign currency market, possibility due to China’s unwillingness to implement sanctions against North Korea.

“As long as the Chinese are willing to bail to keep the North Korean economy afloat, then why is there any incentive for North Korea to go back to the talks,” he said, calling for efforts to press China to use its leverage in bringing North Korea to the negotiating table.

The South Korea and U.S. deployment of the advanced American THAAD system could be one of the options to press China, he also pointed out.

“THAAD’s message is not just for the U.S. and the South Korea. It’s a message for China because there’s no progress on the missile front (of North Korea),” according to the professor. “I believe THAAD is perfectly justified on strategic and moral grounds” as long as there’s no progress in countering North Korea’s missile threats on the part of China, he said.

THAAD stands for Terminal High Altitude Area Defense, a system that Seoul and Washington plan to deploy on the Korean Peninsula by the end of 2017.