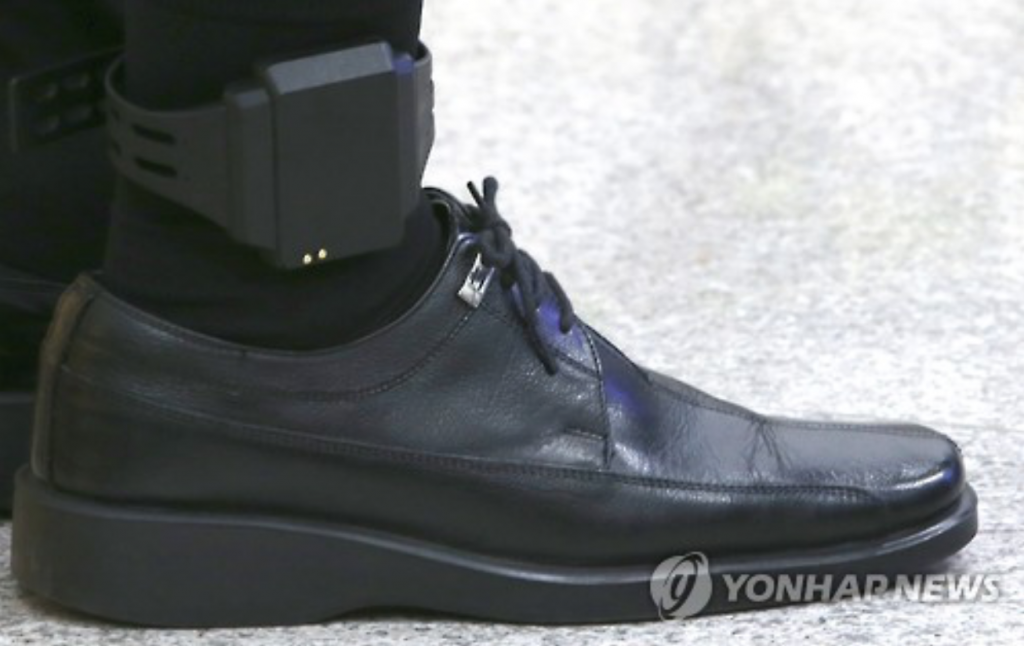 Currently, there are felons convicted of rape, sexual harassment and assault, child kidnapping, murder, and robbery, who are obliged to wear ankle monitors after being released from prison. The policy also applies for attempted cases of these crimes. (image: Yonhap)

SEOUL, June 21 (Korea Bizwire) – A 36-year-old man was arrested on June 18 for breaking into an apartment complex in Daejeon and murdering a female resident (60). The perpetrator was an ex-convict who was released from prison last November after serving 10 years for robbery and rape charges.

What’s worse is that the perpetrator was actually supposed to be wearing an ankle monitor, but he removed it before committing the murder, and it took 14 hours for the police to acquire his accumulated location information. Although the man was arrested, questions are rising, again, as to the effectiveness of ankle monitors.

Currently, there are felons convicted of rape, sexual harassment and assault, child kidnapping, murder, and robbery, who are obliged to wear ankle monitors after being released from prison. The policy also applies for attempted cases of these crimes. Prosecutors can demand that the court order convicted felons to wear ankle monitors if they are habitual offenders or when prosecutors fear future convictions. Once a court order is given, the offenders must wear the devices for a certain period of time.

If the subjects damage the devices or move outside of a specified range, the police are immediately notified and dispatched. The court can also impose curfews, restrict access to specific areas and places, limit the location of their residence, and prohibit their approach to specific persons. Upon violations of the court order, offenders can be sentenced to a maximum three-year imprisonment and 10 million won in fines.

The so-called ‘ankle monitor law’ was first legislated in April 2007. At the time of legislation, the monitors were limited to sex offenders. In May 2009, the law was revised to include child kidnappers, followed by more revisions that ultimately included homicide and robbery. 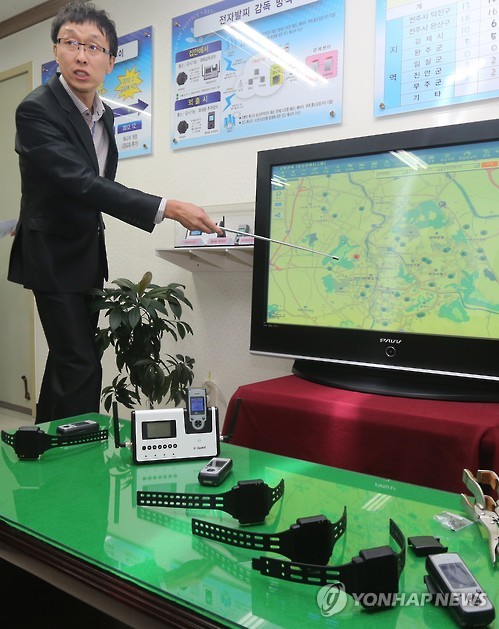 According to the Ministry of Justice, as of May 2016, there are 2,501 ex-convicts with ankle monitors. (image: Yonhap)

The police only have the ability to verify their location, and are blind to their everyday activities. This is also the reason that makes prevention of future misdemeanors almost impossible. They can only react to the aftermath of the crimes.

The ministry, considering such circumstances, is in the middle of developing ankle monitors that can sense other information, such as screams and brawls, which may be related to crimes. It also plans to build a database that includes the offenders’ past criminal techniques and patterns, to analyze and compare them with the offenders’ real-time behaviors, so that the authorities can react more quickly to unusual indications. The new system is expected to be completed by the end of the year.

The ministry has also assigned five additional quick-reaction teams that are dispatched in emergency situations, such as a damaged ankle monitor. Each team includes a probation officer and a highly-trained employee operating 24 hours.

However, there are still concerns that there is a lack of manpower monitoring these anklet wearers. As of May, there were roughly 100 personnel solely responsible for their supervision and maintenance, which leaves each person with 25 ex-convicts to keep under surveillance.