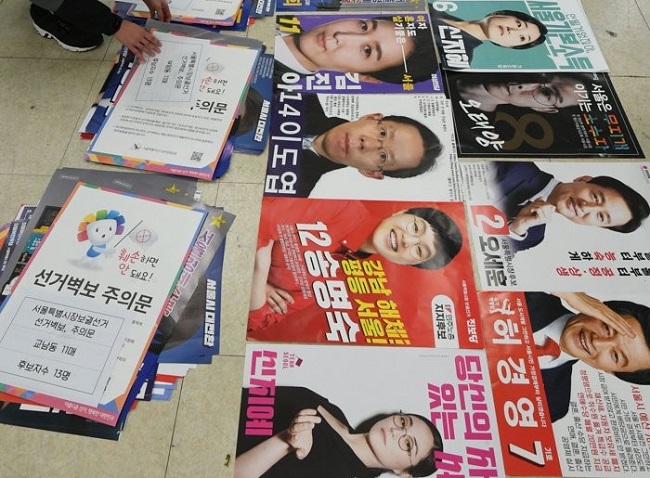 SEOUL, April 7 (Korea Bizwire) — Election posters of minor candidates competing for the mayoral seat in Seoul have been damaged by voters after they publicly announced their support for feminists and LGBT rights.

Seoul Mapo Police Station recently arrested perpetrators who took down election banners of Oh Tae-yang, Mirae Party’s candidate for the mayoral by-election in Seoul who turned out to be members of a certain religion.

The perpetrators reportedly damaged three banners put up near a park in Seoul’s Mapo district last month and burned another banner on the following day.

Oh’s campaign headquarters said a banner put up in another district was also damaged.

On the same day, independent candidate Shin Ji-ye’s election poster put up near a church in Mapo district was found to have been ripped.

“Posters of other candidates were still intact, indicating potential expression of hatred towards feminist candidates,” her campaign said as it reported the case to the police.