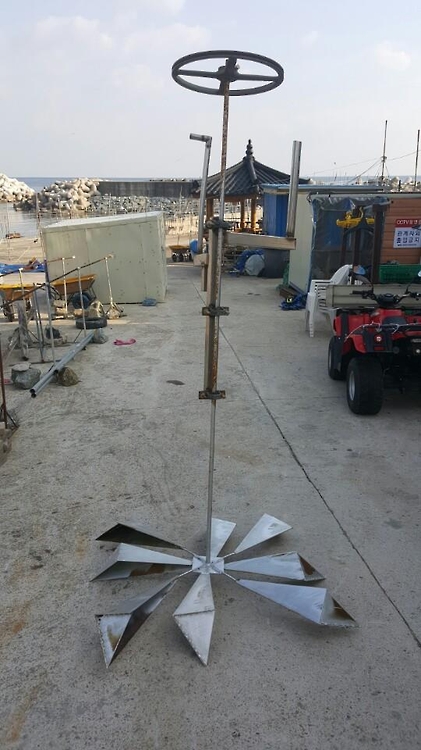 “Because conventional generators were designed to reflect only a single direction, they were not as efficient for frequently changing movements, thus resulting in a shorter time for electricity generation.” (image: Yonhap)

DAEGU, Jan. 12 (Korea Bizwire) – Yoo Won-ki, 48, is the CEO of Haeyang Energy, a small company that he launched in January of last year. Pinning his hopes on one novel idea, he developed a tidal stream generator, filed for a patent in May, and received approval from the Korea Intellectual Property Office last month.

Surprisingly, Yoo is not an expert in energy or power generation – he used to work for a construction company and a law office.

His fate changed about two years ago when he read an article in a local newspaper about maritime energy, triggering his interest in tidal stream generation. He then submerged himself in books and news articles on the domestic use of tidal streams as an energy source, and the setbacks faced by the industry.

According to Yoo, he discovered that existing devices with underwater propellers were not making the best use of ocean tides. So he decided to use a rotary system inspired by waterwheels to develop a tidal stream generator that operates 24 hours a day.

Yoo’s propellers have two or more metal wings with sharp tips that spin with the tides, and transfer force to a power generation turbine on a barge to generate electricity.

Yoo says his 20-year scuba diving hobby has also paid off in his endeavor.

“The tide moves in several different directions depending on the depth of the water,” he said. “Because conventional generators were designed to reflect only a single direction, they were not as efficient for frequently changing movements, thus resulting in a shorter time for electricity generation.”

He also claimed that his device is more cost effective, saying that only the rotary system remains underwater while separate power generation equipment is set up outside of the water, resulting in lower maintenance and repair costs.

“Korea has strong and weak currents on all three of its coasts,” he said. “We’ll be making continuous efforts to commercialize our technology so that it can contribute to new and renewable energy ventures that go beyond wind and solar power.”