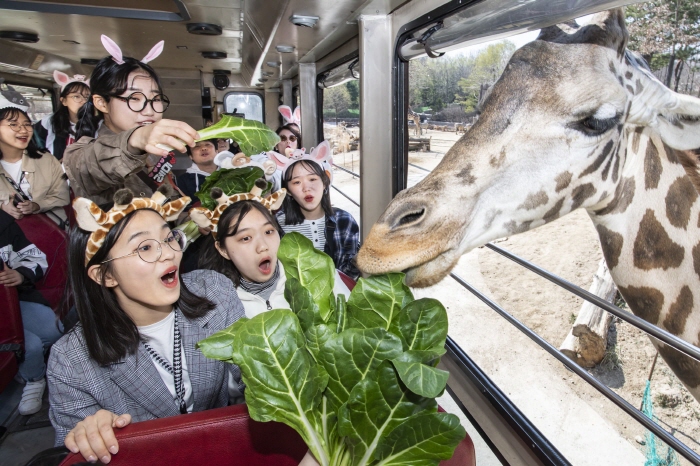 Lost Valley, which opened in 2013, covers an area of roughly 53,000 square meters, representing the Everland Zoo along with Safari World, where people can drive their own vehicles and interact with 300 animals of 30 species, including giraffes, elephants, cheetahs and rhinoceroses.

Lost Valley was a popular attraction, attracting more than 13 million visitors, and was renovated to allow visitors to experience the animals in a close and vivid manner on the occasion of the sixth anniversary of its opening.

In line with the story of “going on an expedition to find missing animals and mysterious treasures from a legend,” the experience-oriented route was changed to include land routes instead of existing waterways.

Visitors will spend about 15 minutes interacting with animals, traveling through thick and sandy paths. 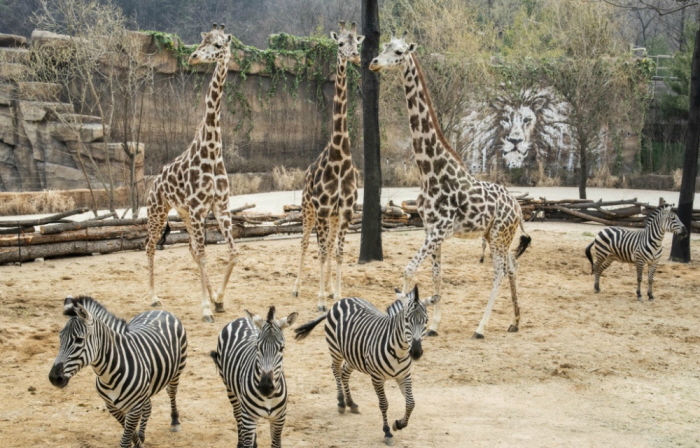 In the middle of the expedition, visitors can also meet the ‘white lion tau,’ which is implemented with huge murals and realistic projection mapping technology.

The new attraction also has a number of places added where customers can feed giraffes by sticking their hands out of their vehicle, and visitors can see rhinos taking a mud bath or eating food more closely.

Emus, which are cousins of ostriches, and pelicans, which feature large beaks, will also be newly introduced to the Lost Valley Wild Road. 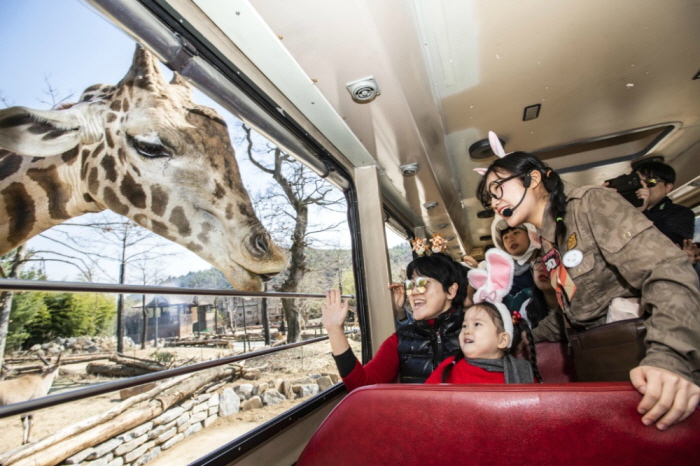