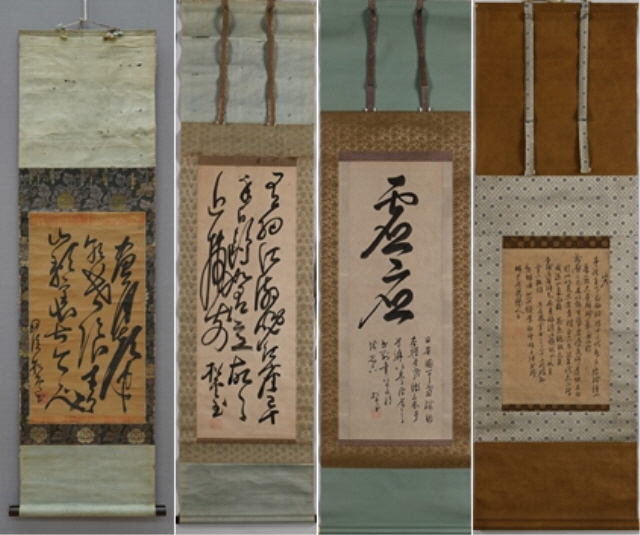 SEOUL, Oct. 14 (Korea Bizwire) — A South Korean museum said Monday it will open an exhibition in Seoul this week that displays original calligraphical works by a renowned Buddhist monk from the Joseon Dynasty (1392-1910).

The monk is widely praised for his diplomacy with Japan following the neighboring country’s 16th century invasion of the Korean Peninsula.

The exhibition at the National Museum of Korea, which will open to the public Tuesday and run through Nov. 17, features five works that Ven. Samyeong (1544-1610) left at Koshou Temple in the city of Uji, south of the western Japanese prefecture of Kyoto.

Also on display will be a writing by the Japanese temple’s founder, Enni Ryozen (1559-1619), and a portrait of the Korean monk kept by Dongkuk University’s museum in Seoul.

The South Korean museum, along with the South Korean Buddhist broadcaster BTN, has borrowed the five works, and that of Ryozen, from Koshou Temple for the exhibition.

The museum said it has organized the exhibition to highlight Ven. Samyeong’s efforts to make peace with Japan and to save Korean people victimized during the war.

According to historical records, Ven. Samyeong, also known by his dharma name, Yujeong, led an army of Buddhist monks to fight against the Japanese invaders and, following the war, traveled to Japan via Tsushima Island in southwestern Japan in 1604 on the order of King Seonjo before meeting with the shogun Tokugawa Ieyasu in Kyoto the next year to forge a peace accord between the two countries. He returned home along with 3,000 Koreans who had been taken as prisoners.

During his trip to Kyoto, the Korean monk stayed at the Japanese temple and was believed to have had opportunities to discuss with Enni the teachings of Buddha and Buddhism.

Ven. Samyeong is known to have given Enni a Buddhist name, Kiin,

At the Seoul exhibition, Enni’s work, “An Inquiry into Buddhist Teaching,” which brought together the 10 questions and poems by the Korean monk, will be on display.

The Korean monk’s diplomatic efforts created a foundation for a series of dispatches of Korean envoys, called Joseon Tongsinsa, that started in 1607 over political reasons for promoting peace after a destructive seven-year war between the two sides.