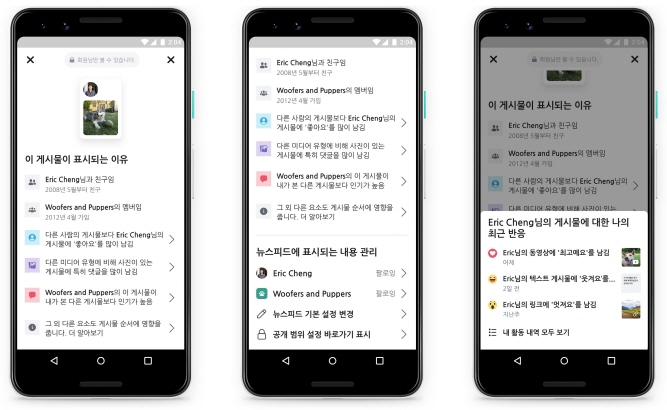 SEOUL, May 17 (Korea Bizwire) — U.S. social networking giant Facebook Inc. has rolled out a new tool as part of its efforts to be more transparent with users on how its algorithm works, a company engineer has said.

The feature, dubbed “Why am I seeing this post?” explains why users see certain posts and how users’ past interactions impact the ranking of posts in News Feed.

“This is the first time that any large media company is building transparency feature for everyone,” Ramya Sethuraman, Product Manager at Facebook, told reporters in Seoul by a video conference on Wednesday.

The new feature — found in the drop down menu in the right hand corner of a post within the Facebook app — will be completely adopted by the end of May or June, the product manager said.

The feature means that users can tap on posts and advertisements in News Feed, get context on why they appear, and take action to further personalize what you see, the company said.

“This does not change the algorithm…(the new feature) brings more context to users,” she said.

She further said the tool is an expansion of an existing feature Facebook already provides for advertisements called “Why am I seeing this ad?”

The feature, launched in 2014, allows users to see how factors like basic demographic details, interests and website visits contribute to the advertisements in the News Feed, Facebook said.

“The updates are part of Facebook’s ongoing investment in giving people more context and control across the platform,” Sethuraman said.