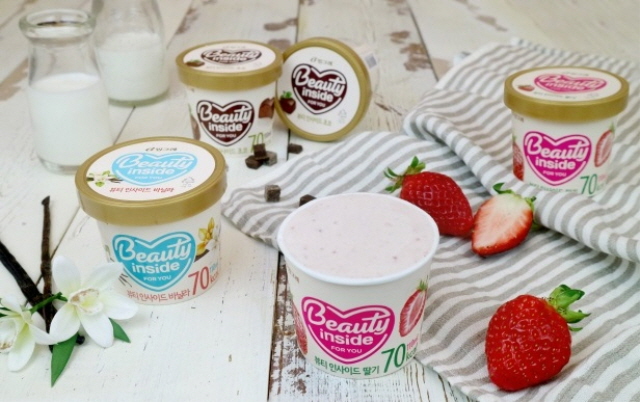 A 110 milliliter Beauty Inside ice cream with natural sweeteners has only 70 kilocalories.

The ice cream has 12.5 grams of dietary fiber, and a pint of it has 280 kcal, about one-third the calories of an average serving of ice cream.

Nongshim has released a fermented noodle soup with shrimp that clocks in at 360 kcal, lower than the 500 kcal average for ramyeon.

And Pulmuone Foods Co. recently launched a 375-kcal “tonkotsu” ramyeon as part of its effort to satisfy the requirements of consumers wanting to remain trim and healthy.