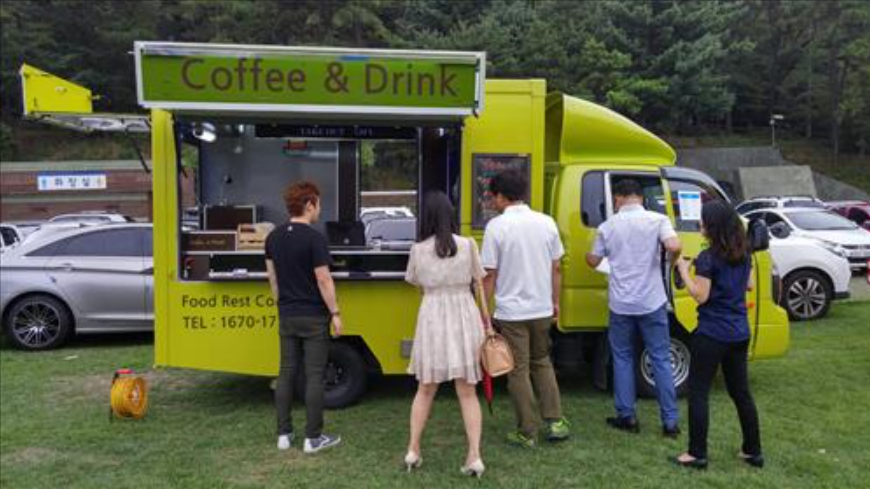 SEOUL, August 3 (Korea Bizwire) — Food trucks that sell food and drinks will start operating at parks in Seoul in the latter half of this year.

Seoul Metropolitan Government announced that food trucks selling coffee, toast and refreshments would start business at West Seoul Lake Park during the latter half of 2015.

Since operating food trucks in urban parks first became possible in October 2014, this is the first time food trucks will actually do business in parks.

The city is recruiting business managers to run the food trucks. Jobs are open for young people who have difficulties finding employment, and those who receive income supplements. Those who are chosen will be able to run a food truck at West Seoul Lake Park from 10 a.m. to 8 p.m., paying an annual rent under 100,000 won.

The items that can be sold are limited to coffee, toast and additional beverages that were in high demand according to a survey conducted by the city. The items can be changed after a year, upon discussion with the local government.

There will be a presentation about the business on August 6, and participants will be recruited until August 14. Managers will be drawn in a public lottery, and those who are selected should start their businesses within two months from the date park usage is permitted.

The Parks & Landscape Management Office is also looking into expanding the food truck business to other parks in the city.