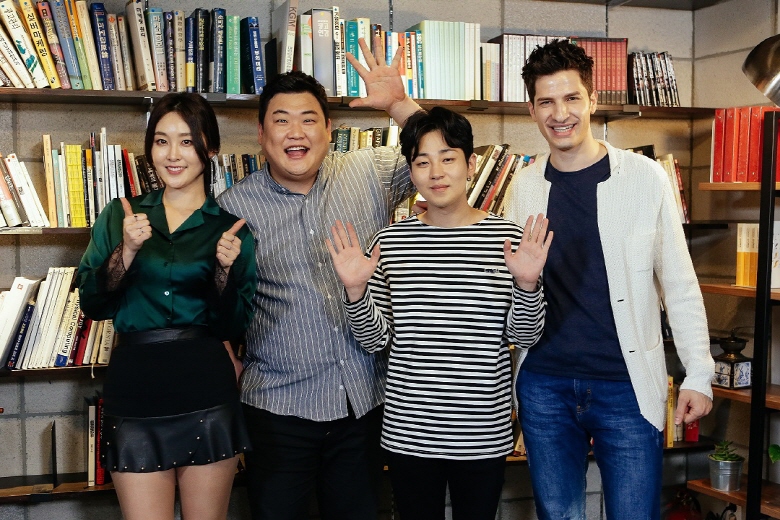 SEOUL, Mar. 28 (Korea Bizwire) — The sense of wonder and excitement one feels when traveling abroad is hard to forget. For outsiders, the local food, culture and social norms become instant topics of fascination and curiosity. Their wild-eyed reactions to the new and unfamiliar reminds locals that even the most ordinary, native items and customs can be exciting and bewildering — depending on how you look at them.

Based on such a premise, a new breed of reality TV featuring foreign visitors and their views on South Korea has taken shape of late. The most prominent program with ordinary foreigners cast is arguably “Welcome! First Time in Korea?” on the cable network MBC Every1, which wrapped up its first season this month.

“Welcome” is considered a rare success for an original series within the cable industry, where, more often than not, networks fill their programming with syndicated reruns from their larger parent networks. The show first started out as a pilot miniseries in June 2017, and as ratings rose above 2 percent, it was included in the channel’s regular programming in July.

The idea behind “Welcome” is simple. Hometown friends of famous foreign figures in South Korea are invited to travel and experience various aspects of life, such as food, entertainment and culture, in order to see their reactions. In the vein of many popular programs based on travel and tourism, “Welcome” is essentially a travelogue series with elements that borrow a lot from the reaction videos increasingly common on YouTube nowadays.

The pilot followed Alberto Mondi, an Italian television personality and businessman currently residing in South Korea, as he and his hometown buddies from Italy toured Seoul’s Changdeok Temple, local Hanok residences and traditional markets without a preplanned itinerary.

The buddy group led by Daniel Lindemann, a German TV personality and frequent panelist on JTBC’s “Non-Summit,” took a security-themed tour, visiting the Third Tunnel, a massive secret underground passage made by North Korea for infiltrating the South; the Demilitarized Zone; and the Dorasan Observatory near the inter-Korean border.

The program later gained further traction to become a runaway success for a cable show, with ratings spiking above 5 percent in late January, a feat which even many prime-time shows on major networks can only dream of. With the show’s ad revenue having surpassed 10 billion won (US$9.3 million) in just six months, showrunners are currently planning to launch a second season in May. 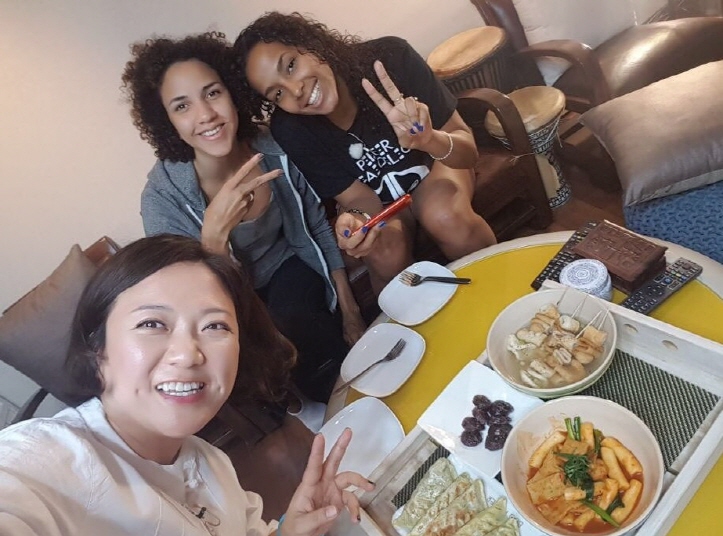 Olive TV has also launched its own reality TV centered on foreign tourists titled “Seoul Mate.” The program features local celebrities opening up their homes to foreign visitors a la Airbnb and teaching them about Korean culture through their limited English skills.

The local regulars include comedian Kim Sook and Goo Ha-ra of ex-girl group KARA, among others. The show has received applications via YouTube for foreigners hoping to appear.

In January, CJ E&M’s cable entertainment channel tvN, a sister network of Olive TV, created its own reality show courting foreign visitors. “Friendly Drivers” is centered on a cast of celebrities offering rides and tour programs for random visitors arriving at Incheon International Airport. The pilot episode featured a male traveler from Thailand engaged to a South Korean woman and a hardcore fan of K-pop act BTS from Australia.

Though having ended their runs, SBS and JTBC also aired similar shows, “Traveler’s Guide to My Room” and “My Foreign Friend,” respectively, in the fourth quarter of 2017.

To be clear, TV programs centered on people from abroad is not a fresh concept. Throughout the years, the expat community in South Korea has produced numerous non-indigenous TV personalities, such as the naturalized American lawyer Robert Holley, also known by his Korean name Ha Il, and Ida Daussy, a naturalized foreigner from France. Both have become household names thanks to their fluency in Korean and their folksy, camera-friendly demeanors.

KBS and JTBC have also fared well with their past programs — “Chatting with Beauties” and “Non-Summit” — with panels consisting of foreign residents in Seoul. More recent standout stars include Australian comedian Sam Hammington, who appears with his son on KBS 2TV’s popular babysitting show, “The Return of Superman,” and Sam Okyere from Ghana.

The new wave of foreign-cast reality shows arrives at a time when the TV industry faces a glut of seemingly all-too familiar shows centered on local celebrities and their families. Shows featuring parents (both mothers and fathers), spouses, children and even in-laws have been created in the past with varying degrees of success.

Rising production costs and increasingly fierce competition in booking top stars are also factors that have prompted the television industry to look elsewhere. The constant flow of inbound travelers from overseas, especially those with keen interest in K-pop and Korean entertainment content in general, is also a promising factor that many showrunners are seemingly betting on.

“It’s becoming more difficult to book local celebrities, and there are a lot of overlapping reality TV shows. Booking foreign visitors naturally avoids both risks,” a TV industry insider said, requesting anonymity. The person added, “I think there will be more similar shows made for the time being.”

As with past shows, diversity, however, is still a question that must be answered, as white males are still the predominant group featured even on today’s TV shows. A number of industry insiders acknowledge that this is a trend that must be addressed, especially in an age of diversity and political correctness.

“Frankly speaking a male cast tends to be more entertaining to watch. In general, they tend to be more interesting and funny to watch,” Park Sang-hyuk, the senior producer of “Seoul Mate,” said, explaining that the decision to prioritize white males also stems from the fact that the genre’s viewers are largely women.

“But for ‘Seoul Mate,’ we’ve experimented with a variety of races, genders and age brackets. I think the reaction was fairly positive,” Park said. “The producers themselves should try to experiment with a more diverse cast.”