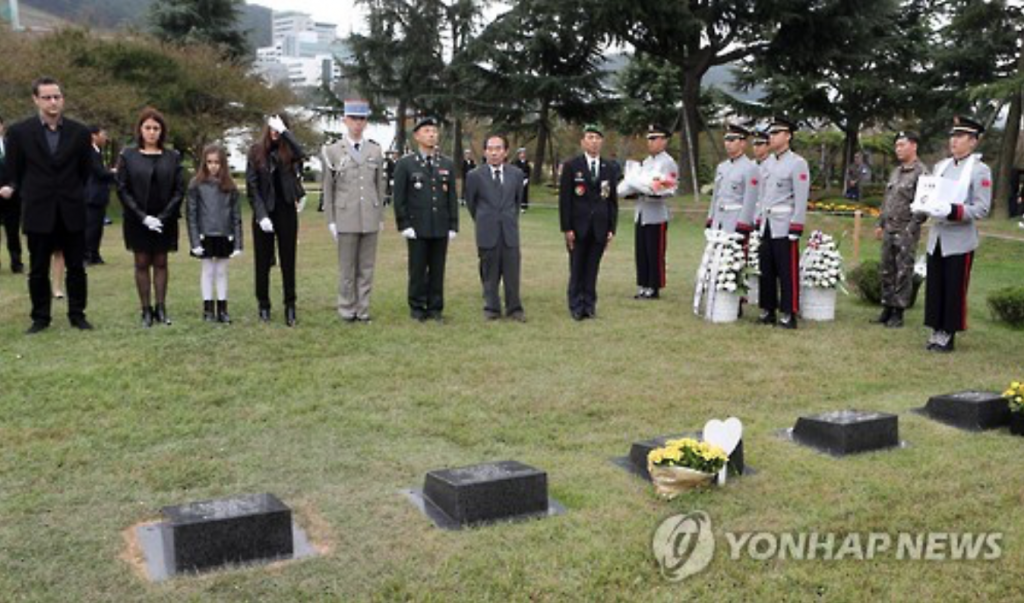 BUSAN, Oct. 27 (Korea Bizwire) – A French veteran who served in the Korean War (1950 – 53) was buried on Thursday at the United Nations Memorial Cemetery in Busan.

Andre Belaval served as a radio operator for the French battalion, after joining the war in March 1953. Although his stay in Korea was short (until 1955), he developed an unusual connection with the country and its people.

He was among the founding members of the Korea (French) Foreign Legion association, and served as its honorary chairman for 10 years, helping South Koreans settle in France after their tour of service, and maintaining very close ties with the Korean community in the country.

He passed away on July 2 at the age of 87, and left word in his will that he wanted his body to be buried in Korea besides his former comrades.

Thursday’s ceremony was witnessed by some 30 officials from the Ministry of Patriots and Veterans Affairs, the French Embassy, Mr. Belaval’s friends from the French Foreign Legion, and his son, daughter-in-law, and two grandchildren.

There were an estimated 50,000 casualties from the United Nations Command in the Korean War (including missing), 280 of whom were from France. 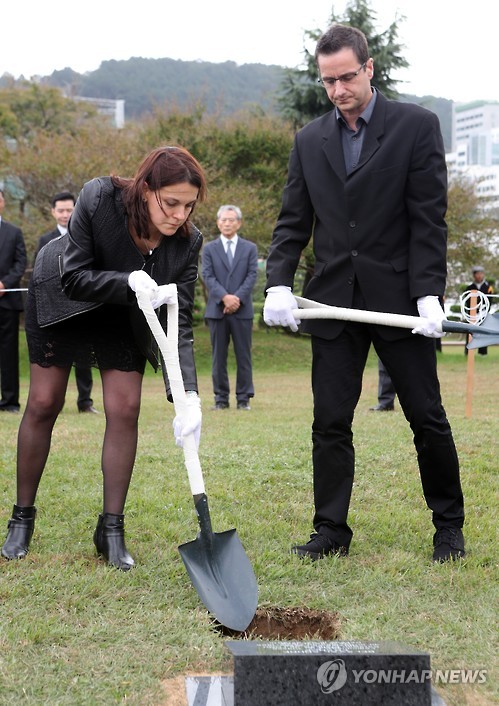 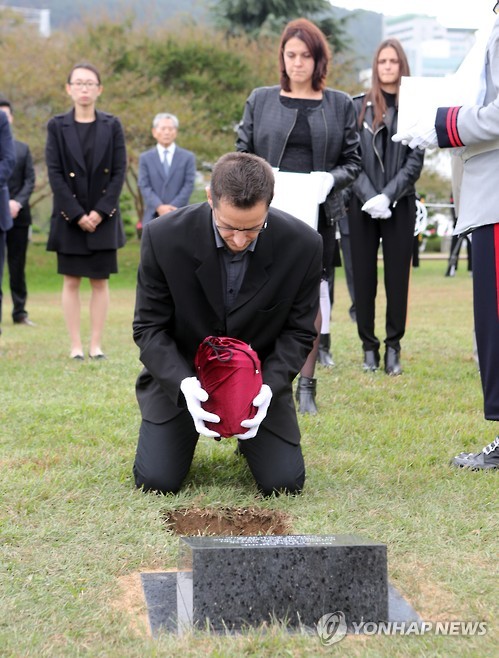