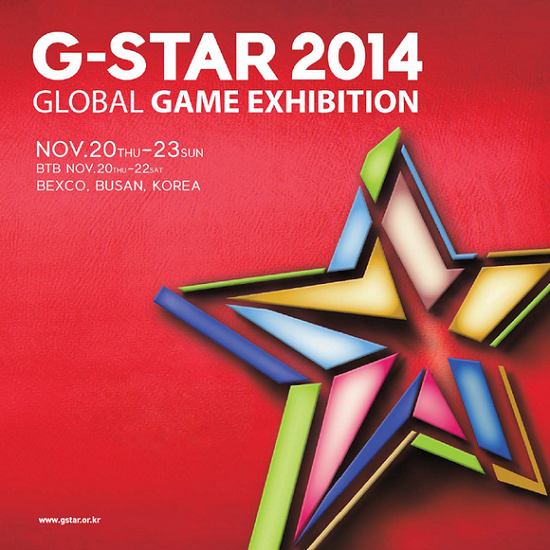 SEOUL, Nov. 22 (Korea Bizwire) – At the ongoing global game exhibition G-Star in Busan’s BEXCO, mobile games are emerging as a new growth engine in the gaming industry. Although the main booths of the exhibition hall showcase blockbuster online PC games, mobile games, despite their lack of mainstream status, are increasingly gaining prominence.

NCSoft is now trying to link online PC games with mobile games. By developing its cloud platform, it aims to have gamers play online PC games anytime and anywhere with their mobile devices.

Nexon, the largest stakeholder in Korea’s gaming industry, launched 15 new games, including 6 for mobile platforms, at its 180 G-Star booths. An official at Nexon said, “Although mobile games are not as popular as online PC games, the industry is eying the mobile market, and trying to link online games with mobile counterparts.”

According to the Korea Creative Content Agency, the online PC game market will reach 7.8 trillion won in Korea this year, while that of mobile games will be 1.2 trillion won. While the gaming industry is becoming a 9 trillion won market, the status of mobile game developers is rising, too.

Industry watchers expect at least three mobile game developers to be listed on the stock market by the end of 2015. PATI Games is set to be listed on the Kosdaq exchange within the next month, with two more companies hoping to follow suit. However, since 2009, no online PC game vendors have been added to the Kosdaq.

T.J. Kim, president of NCsoft, said,“The gaming industry today is undergoing a turbulent time, and the new universe toward which gaming industry participants must move will be the mobile space. As the mobile game era dawns, the industry has turned into a sharecropping business in which game developers produce game titles in return for 20-30 percent of the profit.”

“In order to adapt to the changing environment, we aim to increase link between online and mobile games, develop new mobile games, and create mobile game titles by taking advantage of our intellectual property,” he added.