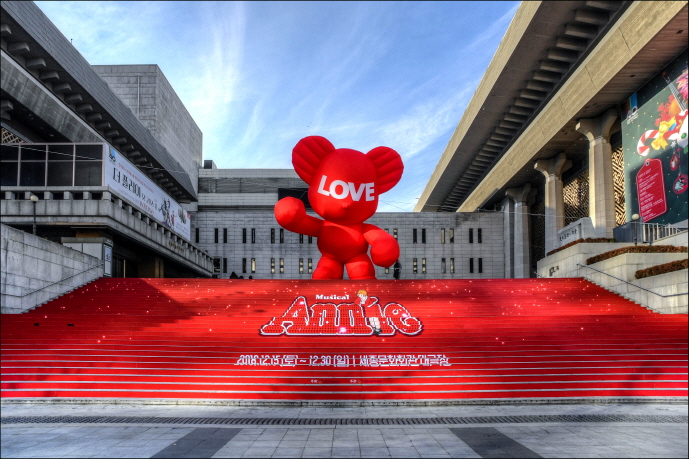 SEOUL, Dec. 11 (Korea Bizwire) — Sejong Center for the Performing Arts announced on Monday that it had installed a massive bearbrick sculpture by its iconic central stairs to celebrate Christmas and the New Year.

The center collaborated with Im Ji-bin, a renowned South Korean pop artist, to build an 8-meter-tall HUG bearbrick that is shaped as if it is about to give someone a hug.

The festive addition to the cityscape in downtown Seoul is part of Lim’s project to install bearbricks worldwide, with the goal of bringing arts closer to the audience.

The center plans to hold various side-events for the bearbrick, including HUG bear photos and HUG day.