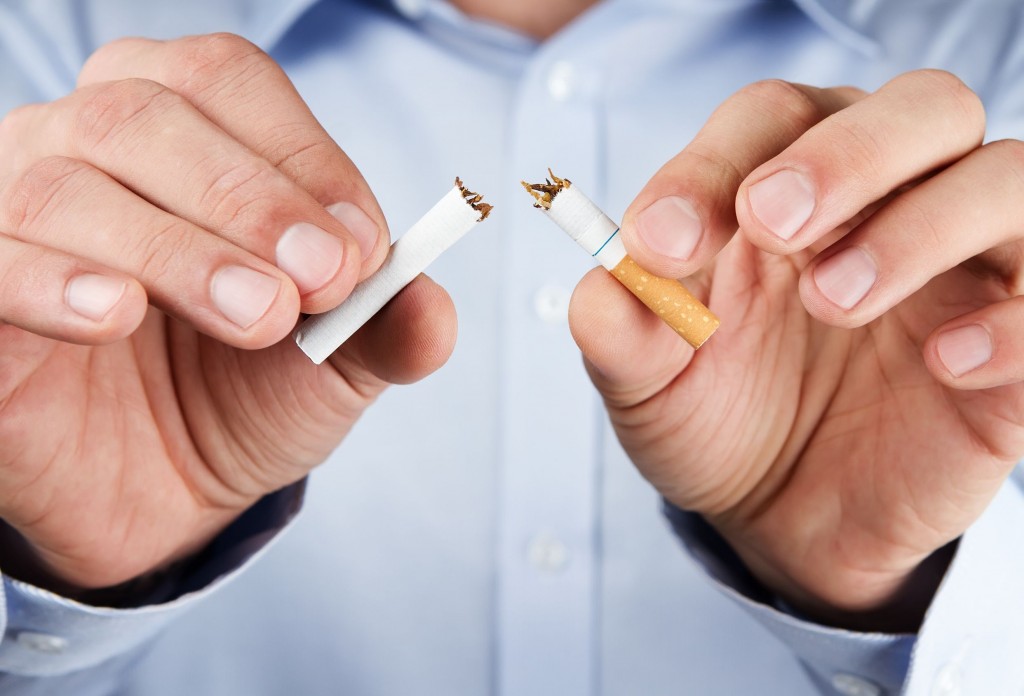 The study revealed that smoking cessation and obesity rate had a positive correlation coefficient of 0.081 – meaning that there is a relatively high chance of gaining weight after one quits smoking. (image: KobizMedia/ Korea Bizwire)

Researcher Choi Seng-eun at the Korea Institute of Public Finance, in a report on the effects of smoking on obesity, said that the government should monitor the correlation between the declining smoking rate and increasing obesity when estimating the effects of its recent anti-smoking initiatives.

The South Korean government raised cigarette prices in 2015 by almost 50 percent, and started placing graphic warning images on cigarette packets at the end of last year.

Although pundits have repeatedly suggested that the tobacco tax hike only helped boost government coffers, officials have remained steadfast in their belief that the measure will promote national health and reduce the country’s medical expenses.

Choi, however, warned that if the falling smoking rate does in fact bring about obesity, which in turn can lead to other diseases such as high blood pressure, diabetes, or stroke, effects of anti-smoking policies may not be as successful as the government is promising.

In fact, her analysis of 12 million records from national health insurance data (from 2002 to 2013) and other statistics from national health screenings revealed that smoking cessation and obesity rate had a positive correlation coefficient of 0.081 – meaning that there is a relatively high chance of gaining weight after one quits smoking.

Choi pointed to changes in diet, possibly from increased consumption of fat and sugar with compensation psychology kicking in, as one of the likely causes of weight gain.

“According to the National Health Insurance Service, 5.8 percent of the total medical expenses from health insurance result from obesity,” she said. “There is a possibility that increasing obesity will offset some of the anticipated decline in medical expenses (from a declining smoking rate).”

Although Choi emphasized the importance of anti-smoking policies to improve public health, she added, “There’s a need for supplementary measures to help quitters improve their diet so that they don’t struggle from post-cessation weight gain.”