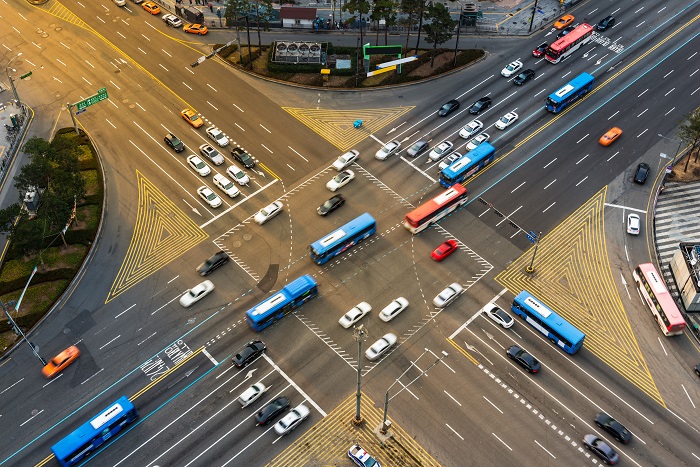 SEOUL, May 3 (Korea Bizwire) — A smart traffic signal operating system that assigns traffic signals optimally by analyzing the traffic flow in real time will be expanded throughout the country.

The Ministry of Land, Infrastructure and Transport announced on Sunday the launch of a project to expand the establishment of the smart traffic signal operating system, aimed at improving the traffic low in intersections as well as preventing accidents.

The smart traffic signal operating system is designed to ensure smooth vehicle flow by controlling traffic lights depending on real-time traffic volume, as well as extending priority to emergency vehicles such as fire trucks and ambulances.

After the traffic actuated signal systems are installed, the average green signal time increased by 22 percent compared to prior to the installation period, while the intersection delay time and traffic signal violations declined by 41 percent and 36 percent, respectively.

Against this backdrop, the government decided to greatly improve the traffic signal operating systems in major intersections across the country.

The first priority will be to install traffic actuated signal systems on 403 national roads and municipal sites this year.