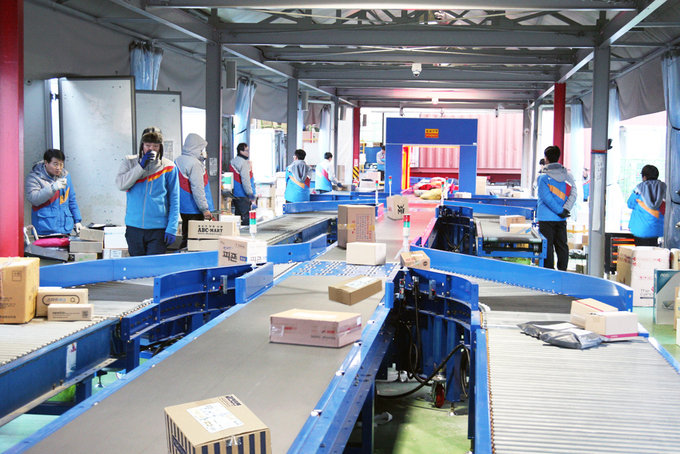 SEOUL, Feb. 19 (Korea Bizwire) – The rapid growth of online shopping has led to a significant increase in consumer interest in the parcel delivery service industry.

Global Big Data Research, a South Korean big data analysis company, analyzed the amount of online information such as news and social media posts for the period between Jan. 1 and Feb. 17 last year and this year.

As a result, South Korean logistics giant CJ Logistics Corp. recorded 48.6 percent of the total information of the top five couriers this year with 60,663 cases, including 35,963 in January and 24,700 in February.

Hanjin Transportation Co., the logistics unit of Hanjin Group, recorded 5,959 cases of information between Jan. 1 and Feb. 17 last year, but during the same period this year, it recorded 9,833 cases, a 65 percent surge from the previous year, and the largest growth rate.

According to a survey of consumer interest in the five major delivery companies, Hanjin’s net favorability, calculating by subtracting negative from positive responses, was the highest at 28.7 percent.

Korea Post, where delivery costs were relatively high, had the lowest rate of 16.5 percent.