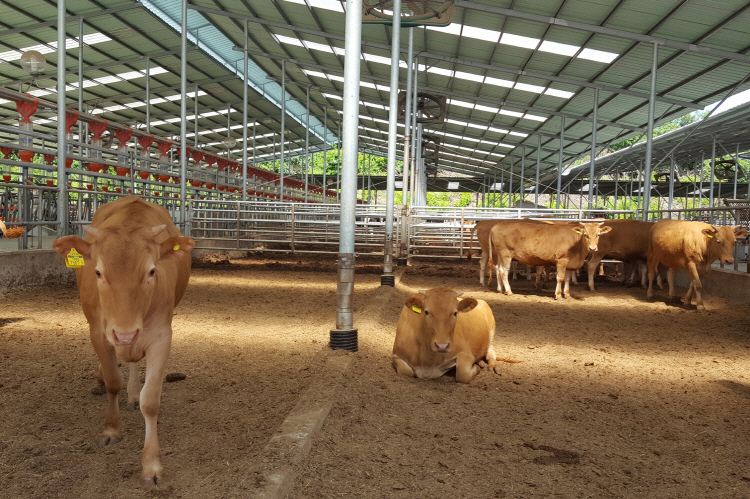 SEOUL, Jul. 17 (Korea Bizwire) — With high temperatures sweeping the nation and sparking public safety warnings, an increasing number of livestock animals such as chicken and pigs continue to succumb to the scorching heat.

According to the Korea Meteorological Administration yesterday, certain regions in the provinces of Gangwon, South Gyeongsang, Gyeonggi, Chungcheong, Jeolla and Jeju were issued heat wave warnings, while in most other regions, a heat watch came into effect.

With the Korean Meteorological Administration stating that it expected the heat wave to continue throughout the week, the death toll of livestock has continued to grow, with 426,065 deaths reported as of July 13.

A breakdown of the animals showed that chickens were the most affected by the heat as they are typically confined to crowded living environments, with 414,191 deaths attributed to the heat.

Approximately 10,000 ducks and 1,874 pigs have also perished in the heat wave that has been sweeping the nation.

Conditions in North Jeolla Province were particularly deadly, as the province accounted for 41.8 percent of all livestock deaths in the nation.

Other regions were also affected by the heat. South Chungcheong Province’s Nonsan, home to a concentration of poultry farms, saw the deaths of 31,000 chickens and 70 pigs. In South Jeolla Province, 74,190 livestock animals died on 52 farms.

Other provinces of North Gyeongsang, South Gyeongsang, Gyeonggi, and North Chungcheong also had livestock deaths numbering between 10,000 and 30,000 or more resulting from the heat.

As these numbers do not take into consideration the deaths on July 14 and 15, when temperatures remained high, the death toll is expected to rise further.

As damages resulting from livestock deaths continue to rise, the government and farms alike have taken emergency steps to better manage the animals.

Farms have installed heat absorbing insulation in livestock facilities and have been operating fans 24 hours a day.

Water is being sprayed in pigsties and poultry cages to help the animals cool off, while clean water and vitamins are being mixed with feed in order to prevent the heat from doing further damage to the livestock.

An official at the National Institute of Animal Science said that livestock animals get just as worn out by the heat as humans.

“If animals get stressed from the sweltering heat, it can affect their breeding capabilities, even leading to illness and death,” said the official.

Therefore, experts say that better management of facilities and the animals are necessary in order to prevent farms from suffering further damages resulting from the heat wave.