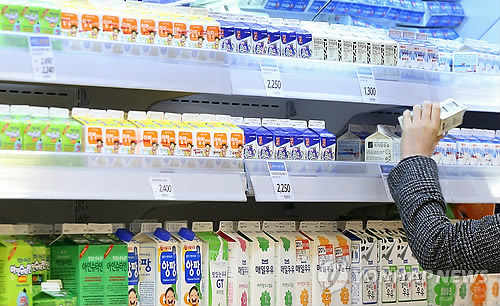 SEOUL, Feb. 2 (Korea Bizwire) – Although 3,648,000 tons of milk were consumed in 2014, marking the highest milk consumption rate ever in Korea, the amount of milk for inventory was also the largest in 2014 due to the rise of imported milk products on the Korean market. The amount of milk for inventory reached 232,000 tons in 2014, which was 150 percent larger than the amount in 2013.

The cost of production for 1 kilogram of powdered milk among Korean producers was about 12,000 won (US$ 10.8). However, 1 kilogram of imported powdered milk sells for 4,000 to 5,000 won (US$ 3.60 to 4.50) on the open market. The simultaneous rise of milk prices by Korean dairy producers in 2013 is also noted to have contributed to the low consumption rate of domestically produced milk. 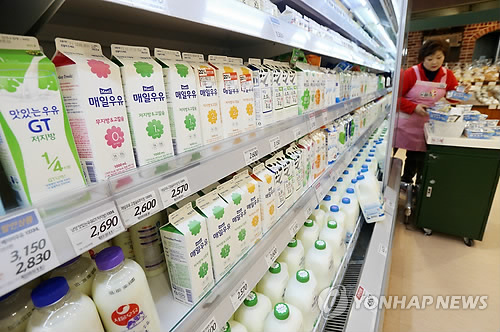