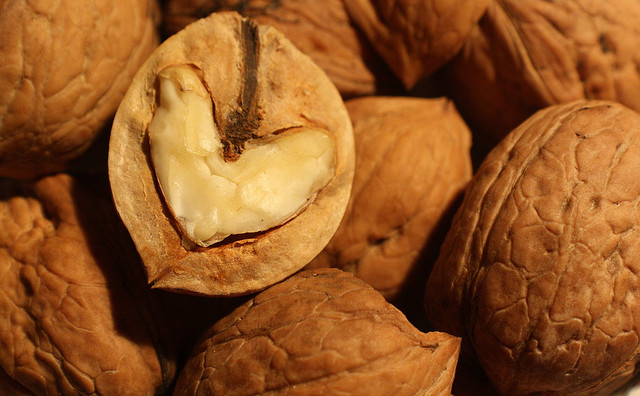 As a way to overcome the disadvantage, Hebei Yangyuan promoted Six Walnut as a beverage that’s good for brain nutrition. (image:marfis75/flickr)

SEOUL, May 14 (Korea Bizwire) – The sales of a beverage product named “Six Walnut” have doubled for five years in a row. Launched in 2005 by a beverage maker Hebei Yangyuan, Six Walnut is expected to break the 10 billion yuan (US$1.6 billion) level in sales this year, following 6 billion yuan in 2012. The first-year turnover was a mere 30 million yuan.

Even before Six Walnut’s debut, there had been dominant brands in different regions in China, including Lulu (beverage based on protein from nuts) in the north, Yeshu (coconut drink) and Yinlu (peanut milk) in the south, which meant very slim chances for latecomers to survive.

As a way to overcome the disadvantage, Hebei Yangyuan promoted Six Walnut as a beverage that’s good for brain nutrition. The naming was also clever.

The reason the company picked the number six has to do with the fact that eating six or seven walnuts a day will make your body good. Traditionally, the number six is considered in China as a number of smoothness and auspiciousness.

Another success factor was its marketing strategy of using restaurants as the major selling points for the beverage product. In general, most drinks are sold in retail outlets such as large discount stores and convenience stores through the middleman. But Six Walnut was sold in restaurants first and then moved gradually to other conventional outlets.

An analysis of the sales patterns of Six Walnut revealed that most of the buyers of the product were women who take a pack of the drinks to offices or homes of elders as a light gift item, just like Koreans would carry a box of energy drinks in such occasions.

A restaurant located in Hebei Province alone sold Six Walnut drinks worth as much as 300 million yuan. Those who visited the restaurant began buying the same product elsewhere and became repeat customers.

According to the company, the main reason it opted to focus on restaurants as major outlets was to circumvent the dominant position of Lulu, the almond-based protein drink, within the province.

In response to the popularity of Six Walnut, Lulu Group also came up with a rival product, expanding its market to other areas including Henan and Shandong Provinces in addition to its home market Hebei.

In 2010, Six Walnut hired Chen Luyu, a famous talk show host often likened as “China’s Oprah,” as its spokesperson and aired commercials featuring her on CCTV’s prime-time news shows. It deeply ingrained the image of Six Walnut in the minds of the Chinese viewers.