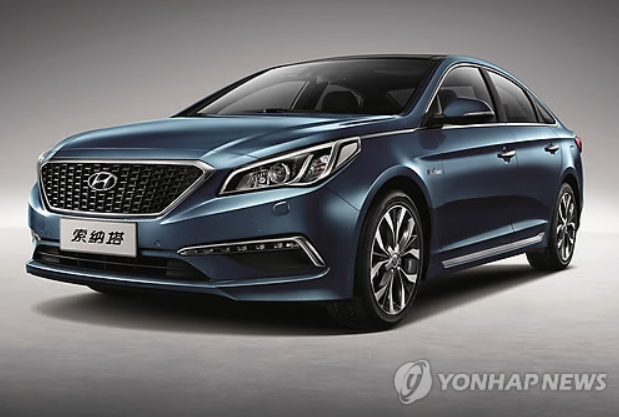 “The target customers for the new Sonata in the Chinese market are mainly businesspeople in their mid-to-late 30s, and our aim is to sell an annual 120,000 units there via aggressive marketing strategies,” said Choi Sung-kee, head of Hyundai Motor’s China marketing division.

This particular Sonata LF midsize sedan, released in China on Friday, is a localized model for customers from the world’s largest car market, manufactured and marketed exclusively to meet their culture-specific needs.’

The localized model comes with a mesh radiator grille at the front and an extra 35 millimeters added to the bumper-to-bumper length compared with the previous edition, while the overall width and height of the vehicle have been expanded 30 mm and 10 mm, respectively, to give a more dignified look, according to Hyundai Motor.

Last month, Hyundai Motor sold a total of 103,319 vehicles in China, down 10.3 percent from a year earlier, amid the rise of cheaper options from Chinese competitors, according to data from the Korea Automotive Research Institute.