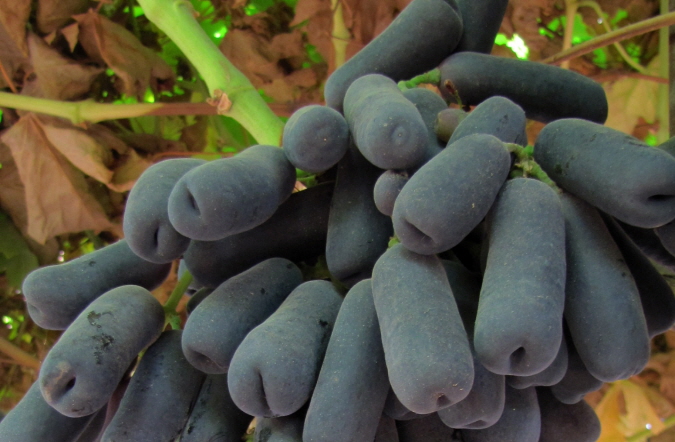 International Fruit Genetics (IFG®) breeds some of the most popular grape varieties in the world. To protect its intellectual property, the company has appointed an international law firm to combat Infringements and will continue working with authorities in China to expand in that market. (image: IFG)

In recent years, IFG has kept a close eye on the Chinese market, and has undertaken a series of activities aimed at combating counterfeiting and other intellectual property infringement acts against IFG grape varieties in grapevine production and trading.

IFG’s goal is to eliminate the illegal plantations and unauthorized trading of IFG varieties in China, so as to protect the legitimate rights and interests of IFG and its licensed manufacturers and distributors around the world.

IFG has appointed the Baker McKenzie FenXun (FTZ) Joint Operation Office to protect its intellectual property rights and carry out enforcement activities against the alleged infringers before the competent authorities in China.

Specifically, IFG has secured registration of trademarks – not only for the English names of its key varieties, but also for their Chinese counterparts, paving the way for trademark enforcement actions in China. This includes the successful protection of the “甜蜜蓝宝石” [Tian Mi Lan Bao Shi] trademark, the Chinese counterpart for Sweet Sapphire ™, a popular IFG variety in China.

IFG also launched a series of evidence preservation and administrative actions against the illegal plantations as well as the unauthorized trading and promotion of IFG varieties, with the objective of obtaining government endorsement of its enforcement actions.

In response to IFG’s administrative complaints, a local agriculture authority in Jiangsu Province has imposed administrative fines for the illegal promotion of an IFG variety; and a local natural resources authority in Shaanxi Province has ordered a grower in its jurisdiction to cease the illegal propagation and trading of budwoods of an IFG variety.

IFG intends to continue its efforts in proactively seeking support from and cooperation with competent authorities in China to combat possible infringement activities and safeguard the commercial interests of itself and its licensees.

In light of the frameworks laid down by the International Union for the Protection of New Varieties of Plants and the existing Chinese law for protection of new plant varieties, IFG is confident of securing positive outcomes through its cooperation with the competent authorities in China to undertake various legal actions. IFG also looks forward to a greater respect of its legitimate rights in China. IFG greatly values the Chinese market and will continue its efforts in providing high-quality fruits to Chinese customers.

A photo accompanying this announcement is available at https://www.globenewswire.com/NewsRoom/AttachmentNg/52e55539-6ae5-4f7c-bb6e-689d9fd54440