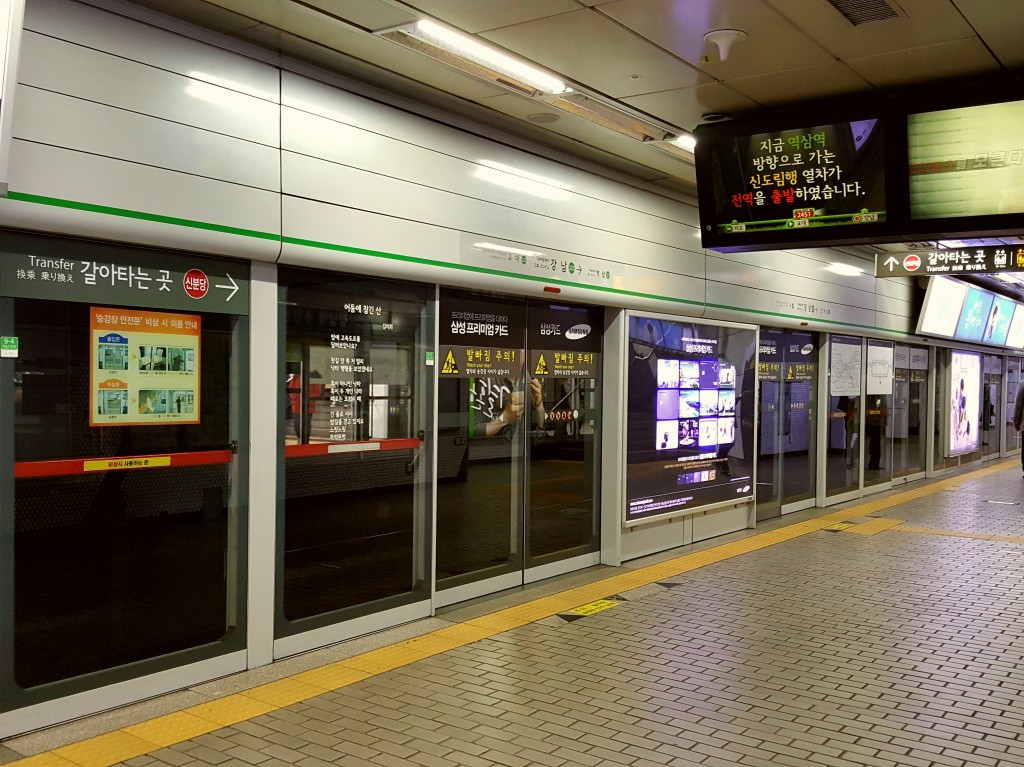 Official data shows that a total of 74,238 mechanical failures have taken place at 717 subway stations across the country that have screen doors installed since 2013. (image: KobizMedia/ Korea Bizwire)

Despite the doors having been implemented to prevent railway accidents, they have been met with limitations, often deadly.

Seven people have been killed since 2013 in accidents related to the screen doors, including an accident at Seoul’s Guui Station in May of last year in which a 19-year-old repair worker was killed while on duty, setting off a public uproar condemning subway operators for poor maintenance and lax regulations.

In fact, official data shows that a total of 74,238 mechanical failures have taken place at 717 subway stations across the country that have screen doors installed since 2013.

Some of the major reasons behind the frequency of such accidents include a lack of systematic maintenance – 45 percent of the doors were hastily installed in a two-year period between 2007 and 2009 – and the fact that no real person or team dedicated to their safety exists, thus resulting in a lack of periodic quality control.

The plans introduced by the ministry include establishing a system that interlocks screen doors with the trains, so that the trains aren’t able to move when the doors are open, and installing CCTV cameras at stations with wide gap between the platform and the subway so that operators can make sure no passengers are stuck between the two doors.

Subway operators themselves will also be able to control the entry and exit of other trains from the station in instances of screen door failure, while a separate alarm specific to the malfunctions will be implemented at central subway control centers.

Furthermore, the government will implement screen doors that open vertically instead of horizontally as part of a pilot project at Nonsan Station. Officials say these doors can accommodate all trains regardless of their type, thus allowing uniformity.

Other plans include replacing outdated screen doors (at nine subway stations in Seoul), upgrading older obstacle scanners on railways (which often trigger screen door malfunctions), designating an on-site safety maintenance crew at each of the stations, and redesigning the protective walls joining the doors together so they can also be manually opened in emergency situations.

“We’ll also continue to raise awareness of the risks of trying to force oneself in and out of subway cars (which can lead to screen door failures),” said a ministry official.