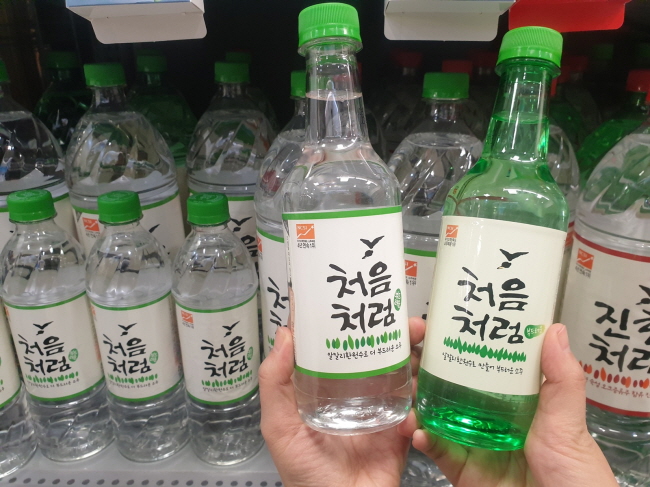 Under revised legislation implemented on Wednesday, producers and importers of polyethylene terephthalate (PET), glass and other materials such as drink bottles, food containers and cosmetics packaging are subject to paying higher financial contributions depending on the recycling rate.

The law is based on so-called Extended Producer Responsibility (EPR), a legislative strategy used by many developed countries to encourage manufacturers to design environmentally friendly products.

Under the new EPR system, manufacturers of colored packaging, especially opaque varieties, are required to pay higher financial contributions as clear ones are preferred in the recycled materials market and have the highest material value.

The measures are the latest in South Korea’s fight against plastic waste.

Last year, the government announced an ambitious plan to cut plastic waste by 50 percent and increase the recycling rate from 34 percent to 70 percent by 2030.

Manufacturers of soju, a Korean distilled beverage made from grain, were the first in the industry to come up with measures by producing new PET bottles in clear colors, changing from the traditional opaque green color.

“It is a big change as our product had its signature green color over more than 30 years,” Kim Nam-yoon, a Lotte Chilsung Beverage official, said.

“The company will continue to produce the products in accordance with the government move.”

Meanwhile, other alcoholic beverage manufacturers, noticeably imported wine and whiskey, are more affected by the revised law as most of the products are bottled in dark-colored glass.

The Korea Wines and Spirits Importers Association, a local association of beverage importers, expressed concerns on the tightened recycling law, saying the latest measures could possibly serve as a trade hurdle.

The association said wine and whiskey importers are likely to have to pay financial contributions as it is nearly impossible for foreign manufacturers to produce tailored bottles just for the South Korean market. 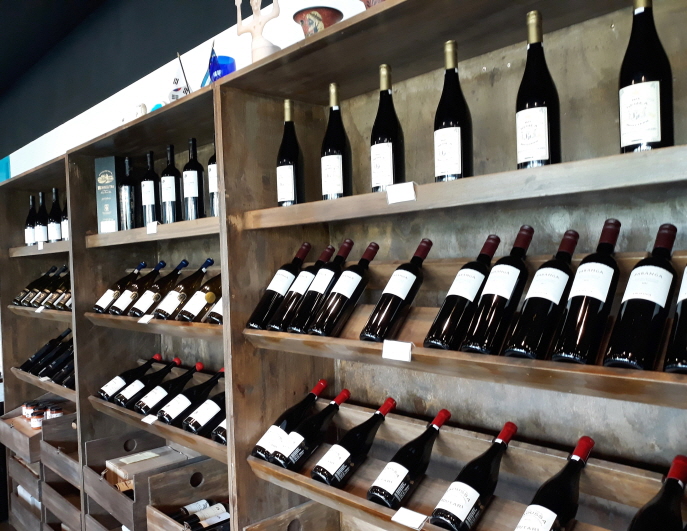 Other alcoholic beverage manufacturers, noticeably imported wine and whiskey, are more affected by the revised law as most of the products are bottled in dark-colored glass. (Yonhap)

The cosmetics industry is also deeply impacted as it takes longer to research and produce new packaging due to design and marketing reasons, coupled with the unique nature of cosmetics products, industry officials said.

Under the new legislation, companies are required to pay higher financial contributions if their products use packaging such as a facial compact with a mirror attached and a container with a rubber pump inside, as they are very hard to reuse.

“It is an industrywide norm that cosmetics are better contained in colored glass bottles due to the fear of discoloration,” Kim Ji-hyun, an official at South Korean cosmetics giant AmorePacific Corp., said.

“The company is in the process of looking into different possibilities on the R&D level.”

As part of the effort, AmorePacific said it rolled out a new shampoo product that is packaged in a clear PET container and a plastic film that can be easily detached.

Under a separate plan mapped out by the Ministry of Environment, hotels will be banned from providing free disposable sanitary products such as shampoo and body lotion starting in 2022.

In accordance with the enforced move, Intercontinental Hotels Group (IHG), a major global hotel operator, said it will replace bath amenities with eco-friendly products by 2023.

Marriott International Inc., another industry leader, said it is in the process of adopting bulk-sized bath amenities instead of sample-sized ones for its hotels in the country.