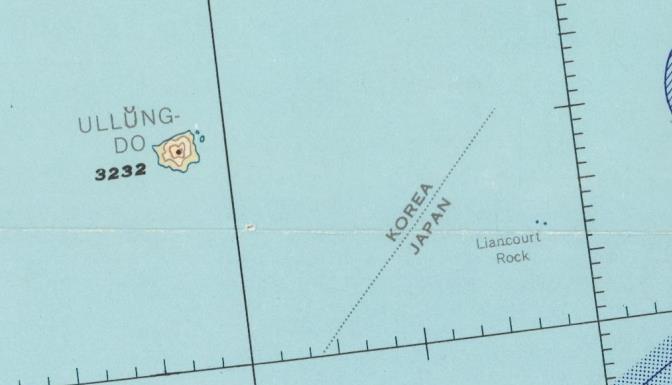 This image from the website of the Japan Institute of International Affairs (JIIA) shows part of an aerial chart made by the U.S. Air Force in 1954.

SEOUL, Oct. 23 (Korea Bizwire) — The Ministry of Foreign Affairs on Friday refuted Japan’s renewed claims to South Korea’s easternmost islets of Dokdo and warned of stern a response to the unsubstantiated claims.

“Dokdo is our inherent territory, historically, geographically and by international law,” the ministry said in a statement. “We want to make it clear that whatever attempt Japan makes cannot have an influence over our firm territorial sovereignty.”

Earlier in the day, the Japan Institute of International Affairs (JIIA) unveiled on its website aerial charts from the 1950s made by the United States Air Force in what it claimed to be evidence that South Korea was illegally occupying the islets.

The JIIA is a security think tank affiliated with Japan’s Ministry of Foreign Affairs, and also collects and studies materials related to their history, territory and sovereignty.

In the charts produced in 1953 and 1954, Dokdo, known as Takeshima in Japan, is written as The Liancourt Rocks and is located in the right side of the dot line that appeared to divide the two countries, South Korean on the left and Japan on the right, as a maritime boundary. 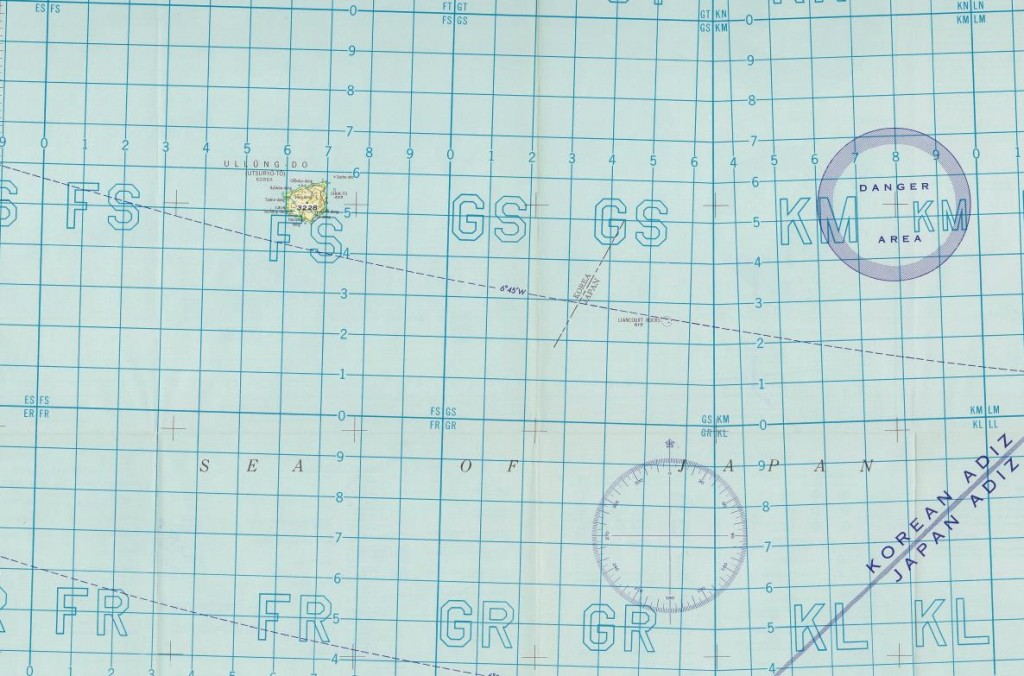 This image from the website of the Japan Institute of International Affairs (JIIA) shows part of an aerial chart made by the U.S. Air Force in 1953.

In the website post, the institute claimed that the charts were the first two official documents in which the U.S. government recognized Dokdo as part of Japan’s territory since the Treaty of San Francisco in 1951.

During a press conference in the day, the institute said it found the two charts from the National Archives and Records Administration (NARA) and that they were evidence that the U.S. recognized the islets as Japan’s territory.

But experts say the institute’s such claims are farfetched as the dot line is too arbitrary and informal to be recognized as a sea border. Moreover, the charts show that Dokdo belongs to the South Korean air defense identification zone (KADIZ).

Japan has long made territorial claims to Dokdo, which has been one of the thorniest diplomatic issues between Seoul and Tokyo.

The ministry said Japan cannot make “unjust territorial claims” based on such materials presented by the JIIA.

“The government will firmly respond to Japan’s outrageous claims while keeping to inform the international community of our sovereignty over Dokdo and the baselessness of Japan’s claims” it said.