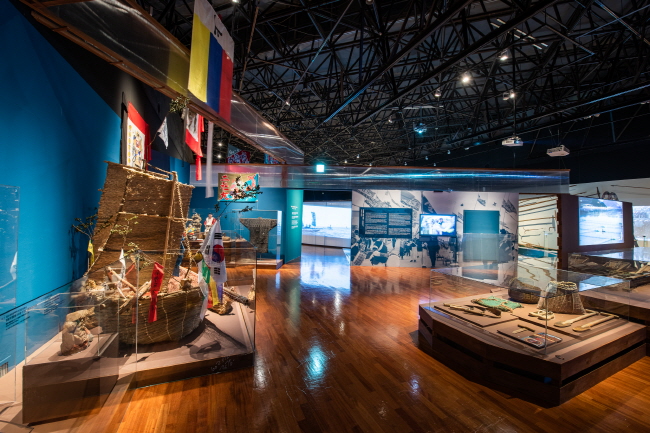 SEOUL, Oct. 4 (Korea Bizwire) — The East Sea between South Korea and Japan has been the source of one of several modern diplomatic rows between the two countries.

Historically, however, the waters between Korea and Japan have been something that connects, rather than alienates, them.

A special exhibition by the national museums of the two countries, “Miyok and Konbu: A Voyage into Maritime Cultures of Korea and Japan,” sheds light on such bicultural connectivity at a time when the neighbors are caught in one of the worst diplomatic rows.

Having kicked off at the National Folk Museum of Korea in central Seoul on Wednesday, the exhibition explores the similarities and differences the two countries’ traditionally seafood-oriented diets wrought on dining tables, at the fishing sites and other cultural scenes.

The narrative starts from the similar, but different, seaweed varieties that Korea and Japan have traditionally harvested and enjoyed on a daily basis.

“Miyok,” or sea mustard, has been a staple of the Korean diet, figuring prominently, in particular, in dishes for women after childbirth or people who are celebrating their birthday.

Miyok was also one of the offerings given to the folk deity safeguarding the kitchen, as well as Joseon-era women’s dowry items, according to historic records at the exhibition.

“Konbu,” or kelp, has been to Japan what miyok has been to Koreans; dried kelp, along with dried bonito flakes, make the Japanese broth dashi, which represents the famous fifth taste, umami. 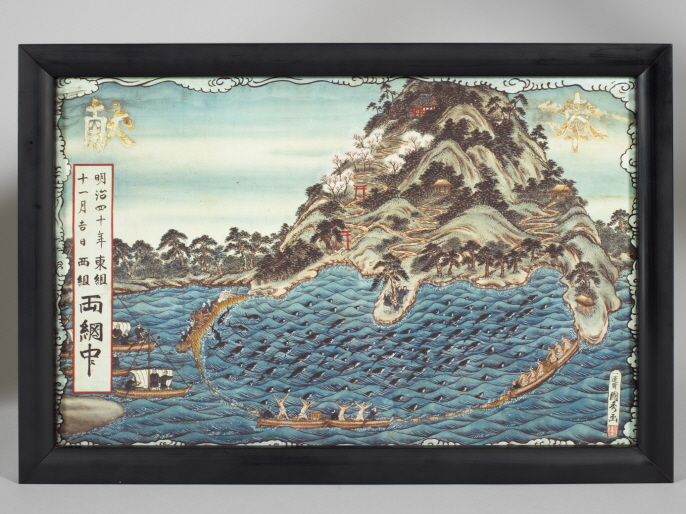 Another symbolic dish is mentaiko, or salted pollock roe, that has long frequented the Korean and Japanese, as well as Russian, diets.

The salted seafood was first introduced to Japan in the early 20th century by a Japanese who had lived in South Korea. It then took root and earned international recognition in Japan, according to the exhibition

“Mentaiko was born in Korea and grew up in Japan; the umami and spicy taste in the roe. Korea and Japan are connected by the sea,” according to the exhibition.

“As we prepared the exhibition, I was surprised both by how different and similar the sea cultures of South Korea and Japan are at the same time,” Mutsuhiko Matsuda, a associate professor in the National Museum of Japanese History, said in a press conference on Tuesday.

According to Japanese experts who conducted research in fish shops in Seoul and Tokyo, Japan markets about 68 types of fishes and seashells while Korea sells some 39 types.

About 14 of them were the same fishes, including snapper, mackerel, halibut and pomfret.

The National Museum of Japanese History jointly designed and put up the exhibition with the National Folk Museum of Korea starting in 2015.

Following the closure of the Seoul exhibition on Feb. 2, the collection of some 450 historic records and exhibition pieces will move to the National Museum of Japanese History in Chiba for a local exhibition there from March.

Admission to the Korean exhibition is free.

“It is very meaningful that the museums of the two countries are putting on a joint exhibition at a time when the diplomatic relationship between South Korea and Japan is at a serious juncture,” head of the Korean museum, Yun Seong-yong, said on Tuesday.

“I hope this exhibition can facilitate communication between people with different views on history.”