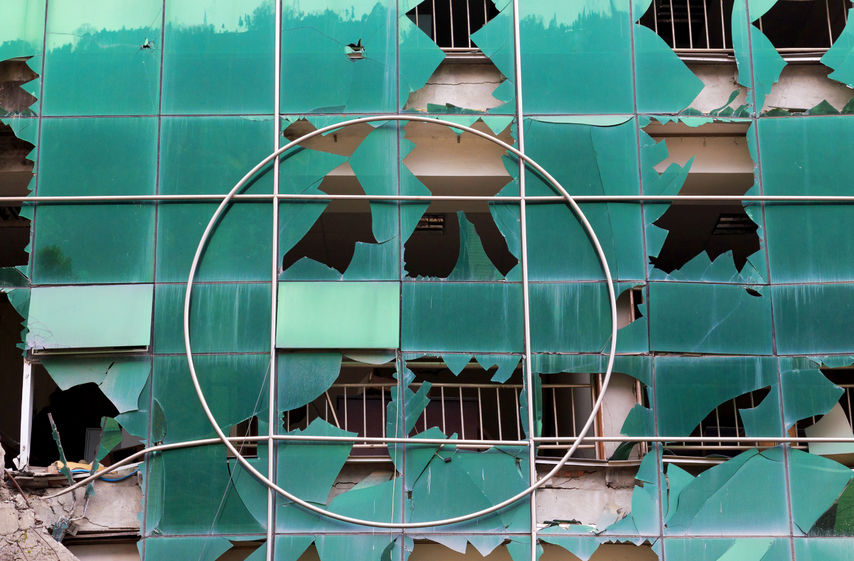 BUSAN, July 6 (Korea Bizwire) – A 5.0-magnitude underwater earthquake with an epicenter only 52km off the coast of Ulsan was detected Tuesday night at 8:33 p.m. Although no casualties or damages resulted from the event, the tremor was sensed across the nation, and citizens in Ulsan and nearby regions panicked as they felt the ground shake. Some 1,000 high school students in Ulsan evacuated their school, while residents of high-rise apartments in Busan also fled from their homes.

The confusion and fear were short-lived but questions arose about the safety of Korea’s high-rise buildings, given that stronger earthquakes could one day strike the peninsula.

If non-structural mitigation measures are not mandated as part of the construction process, a building’s windows, tiles, elevators, gas pipes, and many other non-structural facilities and elements could be more susceptible to damages from strong earthquakes, resulting in human casualties.

In fact, according to the Busan Metropolitan Government, there are over 90 buildings taller than 30 stories in its Haeundae district, all of which were built without non-structural mitigation measures. More than 20 of the 90 buildings are over 50 stories tall. Haeundae is one of the fastest-developing areas in Busan with new skyscrapers over 100 floors expected to be completed in coming years, and the situation is not likely to change.

The general practice in architectural engineering is to emphasize both structural and non-structural mitigation measures.

“Given the same conditions, if a 10-storey apartment sways by 1cm, a 50-storey building will sway by up to 7cm,” said professor Oh Sang-hoon from the Busan University School of Urban Architecture and Civil Engineering. “The higher the building, the greater the potential for secondary damage.”

Secondary damage includes all catastrophic events that follow after an earthquake, including fire, flooding, communications shutdown, and even radiation leaks from nuclear reactors.

The Ministry of Public Safety and Security did reveal in May that it would introduce construction standards for non-structural mitigation measures to prevent such damage from earthquakes.

“It won’t be until the end of the year that these measures take effect on actual sites,” said Mr. Oh. “We shouldn’t be at ease or solely depend on structural mitigation measures. We need to thoroughly prepare ourselves for any potential threats and damage.”

Although the Korean Peninsula does not sit on top of the Pacific ‘Ring of Fire’, it still experiences regular earthquakes. Since 1978, Korea observed an annual average of nine earthquakes measuring 3.0 and above.