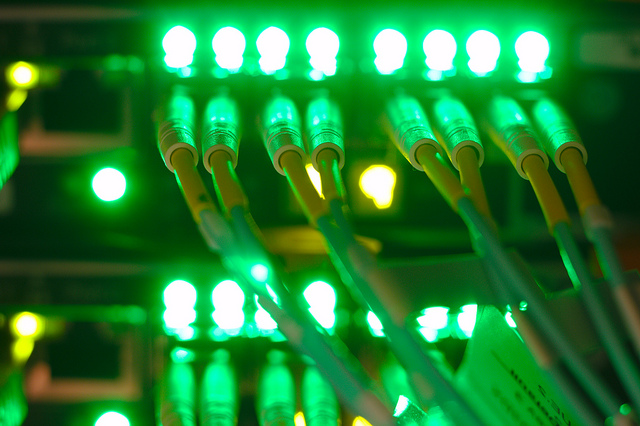 According to Greenpeace, as of 2013, the data centers in Korea used approximately 2.6 billion kW of electricity per hour, which is equivalent to the usage of 12 million households for a month. (image:Dennis van Zuijlekom/flickr)

SEOUL, June 4 (Korea Bizwire) – Most of the major Korean IT companies use little renewable energy while consuming significant amounts of power, says Greenpeace.

According to a report released by the international environmental advocacy group in June, the seven major IT companies in Korea including Naver, SK C&C, KT, LG CNS, LG Uplus, Samsung SDS and Daum Kakao were found to use less than one percent of renewable energy for their energy-consuming data centers.

Greenpeace asked the companies for their energy supply sources for the report, but only SK C&C, Naver and KT complied with the request. Greenpeace should supply the earliest possible data on their energy usage available for those who didn’t offer the information.

Among the companies which offered the information, SK C&C, the IT arm of SK Group, used solar power for one percent of its total energy supply, followed by KT with geothermal, solar and fuel cell sources coming in at 0.44 percent. Naver only used solar energy for 0.006 percent of its energy needs.

In separate talks with Greenpeace, Naver vowed to adopt 100 percent renewable energy for its data center operations. Major global IT companies including Google and Amazon have already made similar commitments.

According to Greenpeace, as of 2013, the data centers in Korea used approximately 2.6 billion kW of electricity per hour, which is equivalent to the usage of 12 million households for a month.

Gary Cook, a senior IT analyst at Greenpeace said, “Korea has the fastest Internet speeds and its Internet usage rate is more than double the global average for the past 10 years. In this Internet-based country, it is a matter of will to use renewable energy.”