“The problem with the article by Harvard Law School’s Mitsubishi Professor is that it does not deal with the greater issues of how women were recruited by force or trickery, but only deals with an arcane legal topic that only lawyers should read,” he said, referring to Mark Ramseyer who wrote the article “Contracting for sex in the Pacific War,” in the upcoming issue of International Review of Law and Economics.

“Without giving a balanced account of how many were involuntarily ‘dragooned’ — he criticized the use of that term in an earlier version of the paper — he only deals with the ‘legal’ structure of the government brothels,” noted Peterson, who earned his master’s and Ph.D. from Harvard University, in Korean studies.

He said it was easy to find women in Korea who were forced or kidnapped to serve in Japan’s comfort women corps during the World War II, introducing a story of a Korean maid who he lived with during his stay in Korea in the 1980s.

“The Harvard article deals with a place and time where prostitution was legal. The author writes of legal prostitution in Japan and in Korea at the time,” he said.

He also argued that Ramseyer’s article is in line with the Japanese government’s intention to cover up another of its wartime atrocities in Nanjing, China, and turn its back on other comfort women victims in other Asian countries like China and the Philippines.

“It does not mention the Rape of Nanjing where the city was raped or destroyed by the Japanese army for its dogged resistance in one of the worst battles of World War II,” he said.

“It does not attempt to describe the situation of Japan’s criminal exploitation of women during the war.”

The expert compared the Japanese government’s “vile” attitude toward the issue with that of the German government, which has not defended its war crimes.

He said Ramseyer, who has been in the vanguard of representing Japan and was recently awarded a Japanese medal, ignited decadeslong distrust and hatred between two neighboring countries. 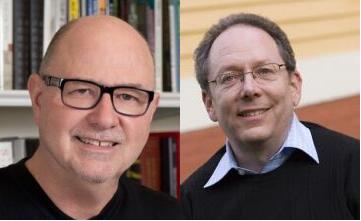 Andrew Gordon, a history professor, and Carter Eckert, who teaches in the department of East Asian languages and civilizations, said they were “appalled” by Ramseyer’s “elision of the larger political and economic contexts of colonialism and gender in which the comfort women system was conceived and implemented.”

The two professors said Ramseyer compared contracts for the comfort women between 1938 and 1945 with those for “ordinary legalized prostitution” in prewar Japan and colonial Korea.

But Ramseyer hasn’t consulted any actual contracts signed between a Korean comfort woman and a recruiter, Gordon and Eckert said.

“Absent evidence of contracts concluded in Korea with Korean women, readers are being asked, with no justification given, to assume that such contracts were the same as these contracts with these Japanese women,” the two professors said.

“We do not see how Ramseyer can make credible claims, in extremely emphatic wording, about contracts he has not read.”

The pair also noted that Ramseyer “offers virtually no documented third-party statements, oral or written, about contracts with Korean women.”