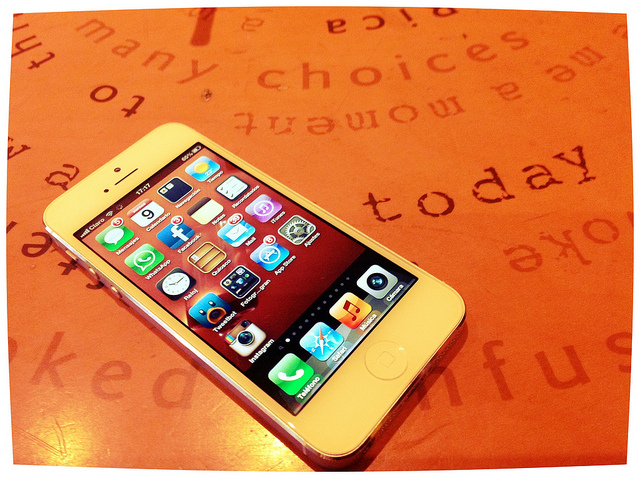 After a out-of-the-court mediation failed, he raised a lawsuit against Apple Korea Ltd. in May this year, asking for 1,527,000 won for compensation.(image:Esther Vargas/flickr)

SEOUL, Dec. 10 (Korea Bizwire) — Oh Won-kuk, a 30-year-old man residing in Gwangju, sent his Apple iPhone 5 on November 14, 2013 to a service center as his phone lost power too frequently even when the bars indicated sufficient battery power. At the time, he had used the newly purchased phone less than one year, which meant it was well within the free warranty period.

After a out-of-the-court mediation failed, he raised a lawsuit against Apple Korea Ltd. in May this year, asking for 1,527,000 won for compensation. The amount included 500,000 won in loss of data such as photos and other files stored in his iPhone.

Civil court judge Yang Dong-hak with the Gwangju District Court ruled on December 9 in favor of the plaintiff, commenting, “It seems the company policy is flawed.” After the verdict was made, Mr. Oh said, “I was enraged by the company’s high-handed attitude that once we sell the phone we don’t care anymore. I will keep fighting if the defendant appeals for the ruling.”

Following Mr. Oh’s litigation, the Consumer Center at the Citizens’ Coalition for Economic Justice requested in July with the Fair Trade Commission to review the consumer policy of Apple Korea, which is currently pending. Park Ji-ho, the advocacy group’s administrator, said, “Once you have your iPhone repaired with the service center, you can’t cancel it and can’t get the phone back, all according to the policy. Even if the repair is delayed or the phone is not fixed, the company is not responsible under the policy. This is a case in which Apple insists upon us unfamiliar consumer policy and is hit with a series of backlash.”