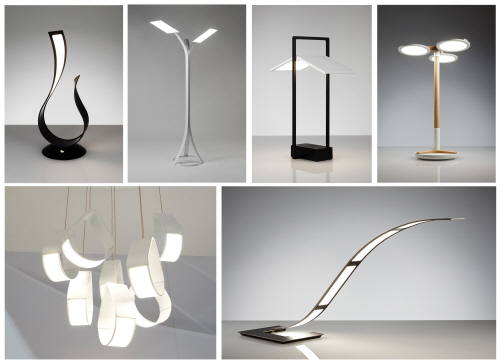 The new product is higher in light efficiency and life span than existing brands such as Osram, Philips, and Panasonic.(image:LG Chem)

SEOUL, Sep 12 (Korea Bizwire) – LG Chem has set out to engage in the OLED lighting device business in earnest. The LG Group company said on September 11 that it has developed new OLED lighting panels comparable to LED lighting devices in terms of energy efficiency and life span without the problem of glaring. The company will begin mass-production of the items from November this year.

The biggest advantage of OLED lighting solutions is there is no glaring and heat, which does away with the need for the backlight unit. But the main reason OLED lighting devices have gained little foothold in the market is its high price. The current average price of LED lights is 20,000 won while that for OLED light devices is more than five times higher.

LG Chem has reduced the production cost of OLED devices by coming up with a modular OLED lighting engine. A company official explained, “We could increase the production yield significantly by applying a new OLED material. Once we begin the mass-production of the devices in earnest, we will be able to reduce the unit cost almost as low as that of LED lights.”

According to market research firm UBI Research, the market for OLED lighting panels will open up from the next year and grow up to US$4.8 billion by 2020, with more than 100 percent annual average growth rate.

LG Chem plans to focus on the markets in North America and Europe. It has already secured 50-plus lighting companies in the regions including Acuity, America’s largest lighting device maker, with the market for automotive lighting devices that account for about 20 percent of the total lighting device market. In partnership with major auto makers in Europe and Japan, the company is currently developing OLED lighting panels for automotive tail lights with plans for mass-production by 2017.